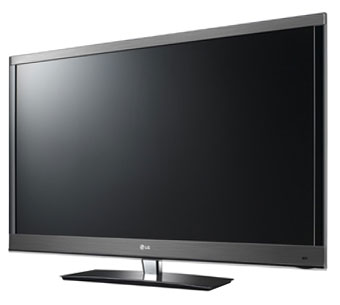 If you got a 3D TV for Christmas or when out on Boxing Bay and bought one, you might not want to read this article.

LG announced at CES 2011 that is was abandoning production of it’s Active Shutter 3D TV’s in 2011 in favour of it’s newest 3D Technology called FPR which stands for “Film Patterned Retarder”.  Passive 3D or FPR will be everywhere in 2011 with LG, Samsung, Vizio and Phillips all jumping on the bandwagon.

So what’s so great about FPR.  Unlike the current first generation Active Shutter 3D TV’s which us special, expensive, battery powered 3D glasses,  Passive 3D (FPR) displays place a special film over the screen of the TV during production which allows 3D images to be views with inexpensive, unpowered, lightweight, Poloraized Glasses, similar to the technology used in today’s movie theatres.  You can see where I’m going here …

Passive 3D is less expensive and easier to use for the consumer than Active Shutter 3D and a better fit for the home than the current generation 3D Technology.  LG is the first to market and is incorporating FPR technologies in several of it’s products this year including the first 3D tablet, computer display and televisions of course.

So far 3DTV hasn’t caught on with the home consumer and manufacturer’s are betting on Passive 3D to excite buyers and drive 3D Sales in 2011.  Will it happen, we’ll have to wait and see but the demos at CES 2011 looked promising.

In the race to be the first to market LG began selling it’s LW5700 FPR Passive 3D LCD TV in Korea this week and will be launching the complete FPR 3D TV product line to North America in March.  Look for 42” and 47” FPR 3D sets in your local electronics stores sometime next month and judge for yourself if Passive 3D is going to catch on any better than the first generation Active Shutter Displays.

We’ll have more coverage of the Passive 3D TV’s next month once we can get our hands on one to really test it out.