I had a meeting a while ago with a client who had purchased a security camera system on-line to remotely monitor and view his vacation home in Arizona from his computer and iPhone back in Edmonton.  The camera system he purchased on-line looked great on the website.  There was lots of flash animation on the website which made the camera’s look incredible, almost CSI quality, and the camera features allowed you to pan, tilt, zoom, record and remote monitor over the internet in high resolution and no pixelation when zooming in.  After viewing the website the client got caught up in this amazing camera system which normally sells for almost $2000 dollars and he could purchase it for under $300 dollars! 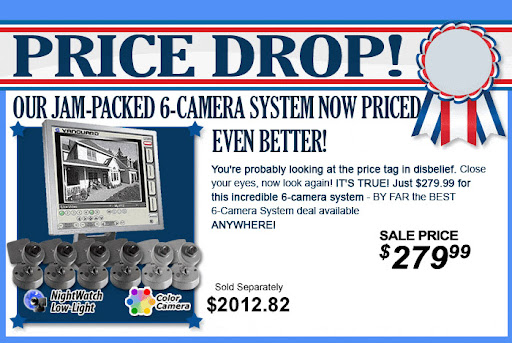 Smart Guy:
Now I have to preface this by telling you that my client is an executive CEO, smart and well educated but he got caught up in the excitement of the animation on the website and before you knew it clicked the buy now button and a couple of clicks later, he was the proud owner of a $2000 dollar camera system for his vacation home which he paid a measly $300 dollars for plus shipping and taxes!  WOW  What a deal or was it “Too Good to be True”.

Now the Bad News:
A couple weeks later my client received his CCTV camera package in the mail and after looking over the instructions and software, that’s when he discovered that hooking up this camera system was not going to be an easy do-it-yourself job and called me for assistance or guidance on how to hook things up …. that’s when he got the bad news.

Opps! More about the Camera System the Client Purchased:
The camera system my client purchased from the web, was based on an aging wireless technology which was originally brought to market almost three decades ago in the 80’s called X10. The X10 wireless protocol was invented 30 years ago, long before Wi-Fi b,g or n was even thought of.  X10 existed before high speed internet, facebook, social media, wireless, high speed, DSL, digital or HDTV were invented.  The camera system advertised on the website LOOKED great and as mentioned the videos showed the camera zooming in 30 times on a girl on the beach and blowing the picture up clearly and sharply in focus WOW! INCREDIBLE! The website had a banner stating that the advertised camera system was one of the TOP 50 Products picked by Home Automation Magazine, and then in small print “for 2003” (That was 8 years ago!).  The website advertised that the camera system could be remote monitored over the internet at any speed modem, DLS or High Speed T1.  In fairness to the website,  it did not say anything about remote viewing on an iPhone, iPad or smart phone but most readers would assume that if you can view the camera on the internet you can view it on an iPhone – Not True.

Buyer Beware – 3 Strikes!
After reviewing the cameras, monitoring software and USB wireless camera interface, I broke the news to my client about the exact specification and unfortunately limitations to the CCTV camera system he purchased.  First all the cameras were low resolution, under 380TVL and low frame rate.  Secondly some of the camera’s were only Black and White.  None of the cameras purchased were true Day/Night or low LUX camera’s.  None of the cameras were approved for outdoor or all weather conditions and lastly all the cameras had fixed 4mm lenses.  Resolution, frame rate, light sensitivity, weatherproof and camera lens focal length are all important factors when selecting cameras for various purposes, even if your intended use is residential and you are not to particular, all these factors make the difference between a great working solution and an image that is not worth viewing. Strike -1

The next problem with the camera’s the client purchased was the method of wireless transmission back to the hub was the X10 protocol using the congested and overcrowded 2.4GHz frequency spectrum.  The X10 camera’s will be hampered with interference from cordless phones, garage door openers, WI-FI networks, remote controls and various other wireless devices.  The odds of getting reliable video more than 30’ from the base station is remote.  (note:  z-wave or Wi-Fi ‘N’ protocols are much better and do not operate on the crowded 2.4GHz spectrum).  Strike – 2

Lastly after reviewing the Windows PC camera viewing software and USB receiver, it was quickly determined that the Cameras and System software would only work on a Windows PC for local or remote viewing.  The camera system was not rated for Windows Vista or Windows 7 and did not support viewing on an Apple Mac Computer and worst of all did not support remote viewing on iPhone, iPad, Blackberry, Android or other smart phones or tablet devices.  That’s right this supposed state of the art, CSI quality, $2000 dollar camera system that my client paid only $300 dollars for was essentially useless and did not me any of his needs or requirements especially the ability to view his cameras on his iPhone.  Strike – 3

So Now What?
It was clear to my client after our meeting, that the camera system he purchased was not going to do the job, nor meet his needs or requirements.  The client said I wish I would have talked to you before I bought this system,  I could have saved myself some time, headaches and money.  All is not lost, I assured him,  I can design a proper camera system to meet your needs and budget and perhaps we can recoup some of the money you spend on the first camera system by consigning it and selling it for you. 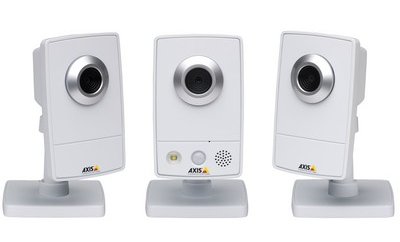 Happy Client:
I designed a four camera system to monitor my clients Phoenix vacation home consisting of four (4)  inexpensive wireless cameras.  Three (3) camera’s had 4mm lenses for the backyard, pool, patio area, the front door, the garage driveway pad and one camera needed to be a 2.8MM wide angle lens for the main family room/kitchen area.  All camera’s were wireless but used today’s technology and transmitted via Wi-Fi on the  ‘N’ network protocol at 5G speed.  The cameras could be easily viewed on any computer (PC or MAC), iPhone or iPad over Wi-Fi locally at home for via the Internet from anywhere in the world.  The client liked being able to view his property from the golf course when in Phoenix to see if his wife was home and his wife enjoyed being able to view the front door, back yard and garage driveway from anywhere in the house on her iPad.  Back in Edmonton they can monitor the renters of their vacation property and confirm arrivals and checkout times as well as keep tabs on the housekeepers and maintenance staff.  Lastly the camera’s have allowed their local property manager to check in on the home when an alarm when off to verify a false alarm.

What’s Next:
The ION Security Camera system has exceeded my client’s expectations.  We ended up getting $150 dollars back from his original camera system and now my client has asked me to design a home integration system to allow him to control and monitor the HVAC system as well as lock/unlock and monitor his entry doors.  We’ll be designing a z-wave based system for integration of the locks and thermostat to be installed this summer.  Look for an update to this post in a couple months.

What Did We Learn?
While in the end this story had a happy outcome, we were able to meet and exceed our clients requirements and expectations and enhance his families lifestyle at a very affordable rate.

My client learned that sometimes things that are advertised on the internet don’t always perform as described.  That flashy video animations can be made to look better than the actual product performs.  That if the price is “Too Good To be True” then the product is often not the same and if the cost is substantial there’s definitely a reason.  My client learned that while on the surface security and video surveillance equipment seem simple and easy (like hooking up a home stereo or computer), buying the wrong equipment or not being able to figure out how to connect it to your network and configure it can leave you with a very disappointing and sometimes worthless result.
My client learned that hiring a professional to design and install or supply a proper camera system is not only affordable, it’s less expensive than originally thought and far less stressful.  Lastly my client learned that having a well designed, reliable home security camera system is a lifestyle changer for the entire family.  Not to mention it’s a joy to look at the patio deck pool camera and see what it’s like down in Phoenix when it’s -20 below in Edmonton.

ION Security are experts in video surveillance, call or email Doyle today at 780-489-5522 or info@ionsecuritysystems.com to discuss your video monitoring requirements for your vacation home, residence or business.