The Future of Screen Technology 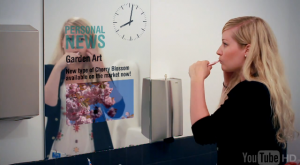 The iPad 2 is arriving in three short days, Passive 3D TV’s will be in retail stores this spring, ever wondered what the Future of Screen Technology will look like in 2014.  According to screen maker TAT of Sweden Screen technology is poised to make great leaps in the coming years.  According to TAT in the near future we’ll have dual screens, malleable screens, screens built into mirrors and desks all Wi-Fi connected.  New flat panel screens will have greater contrast and be viewable in direct sunlight as well as stereoscopic and holographic imaging screens.  For now we’ll have to be content with the new iPad 2 and Passive 3D but check out this video by TAT and see just what the future may have in store for us.

This entry was posted in News, Uncategorized and tagged future of screen technology, ipad 2, Passive 3D. Bookmark the permalink.