Cobra Tag – Keeps Track of your Valuables or even your Kids! 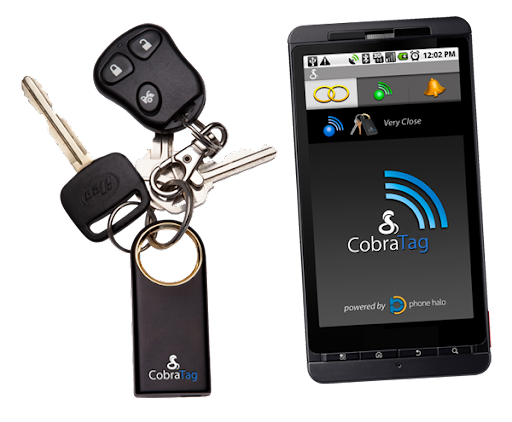 Cobra Tag is a bluetooth tagging system which consists of a bluetooth key fob and smartphone app made by Cobra Electronics Corp. the radar detector guys.

The system consists of a smartphone app and bluetooth key fob called “Cobra Tag”.  Once synced to your smartphone the app constantly monitors anything it’s connected to and notifies with an alarm when the item it’s attached to is about to go out of range.  It also informs you for the last known GPS position of the “Cobra Tag” and even ties into Facebook and Twitter to make it a social tracking tool if you wish.  The app also has a locate feature which sounds an actual alarm on the tag similar to the phone locate button on your home cordless phone. 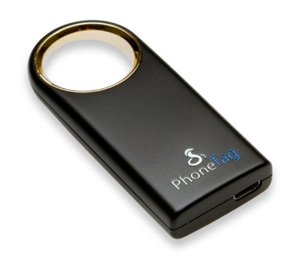 The Cobra Tag was designed as a security device to keep track of your valuable items like laptop bags, backpacks and keys however it can also be used as a personal security device to keep track of your wandering kids when shopping, at the park or even in the house.  The key fob “Phone Tag” also has a button to allow the key fob to send a signal to beep the smart phone so if using it as a personal security device your kids may be able to find their way back to you in a crowded shopping store.

Normal bluetooth operating range is limited to around 30ft so the Cobra Tag is designed for items or people you wish to keep in close proximity to yourself.

The Cobra Tag will be available this summer for a retail price of $59.99 (US) for the tag and the Android and Blackberry apps will be Free.  That’s right you read the last sentence right,  Android and Blackberry apps,  Cobra we don’t know why but Cobra has not announced an iPhone app but we have sent an email to Chris Kooistra as Cobra and will update this post when we get a response.  We’ll also post a hands on review once we get a unit to test.