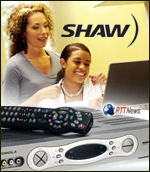 In September 2010 I negotiated a 1 year cable subscription with Shaw for Cable TV and Internet Services instead of switching to Telus TV, a lower cost provider.  While the details of the agreement will remain confidential, Shaw substantially reduced the cost of my Cable and Internet services and provided me a one year verbal agreement over the telephone.  The Shaw customer service representative told me that she was only able to enter a 6 month special pricing on her computer terminal however she would put in the notes of the account to renew the special pricing for another 6 months when it comes due in March, 2011.

I must say I was a bit skeptical of the Shaw customer service representative since I did not have any documentation of the special pricing or further documentation or references that it would be renewed for another 6 months in March of 2011.

My billing statement for October reflected the new discounted charges so I knew my pricing would be good for the next 6 months but what would happen in March 2011? 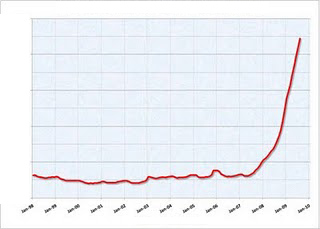 As predicted in March 2011 by Shaw Cable Bill and Internet Services Bill exploded and increased significantly once the original 6 month promotion had expired.  I was leaving on a holiday and didn’t have time to call Shaw immediately when my March bill arrived but I did note to call them once my April bill arrived, if the negotiated discount did not appear.  I must say at this point I didn’t hold out much hope for Shaw to get it right.

My April 2011 Shaw Cable Bill arrived the other day and much to my surprise the Cable and Internet Bill was adjusted and discounted for the current month and previous month of March 2011.  Indeed Shaw stood true to their word and re-issued the discounted pricing as negotiated back in September of 2010 for another 6 months.  While there was a glitch in the billing for a month – Shaw did everything right and corrected the billing errors on their own without me having to call them and complain.

Kudos to Shaw for keeping their word and doing things right!

Doyle Serink, techtipsandtoys.com, DJ’s Sound City and ION Security are not affiliated with Shaw Communications in any way.