The Maps App on my iPhone 4 recently quit working and would crash each time I touched the icon and the Application began to load then the screen would go blank and back to the default home screen.  This happened every  time I launched the App.

Normally the first thing to do to fix a crashing App is to remove it and reload it back onto your iPhone or iPad.  The Maps App is a default App and part of the IOS 5 operating system and can’t be deleted and reloaded so that option is out.

The last thing to do was to ‘Wipe the iPhone, Restore and then Activate it as a New Phone’  – losing all my data and then having to re-sync and re-enter all my passwords, wi-fi and other preference data – Ouch!  I definitely didn’t want to do that.

Luckily – I found a solution to ‘Fix’ the Maps Crashing problem without Wiping and Setting up the iPhone as a new device.  This fix was huge and saved me a lot of headaches so I thought I’d share it with all my iPhone and iPad readers who may encounter the Maps App Crashing Problem. 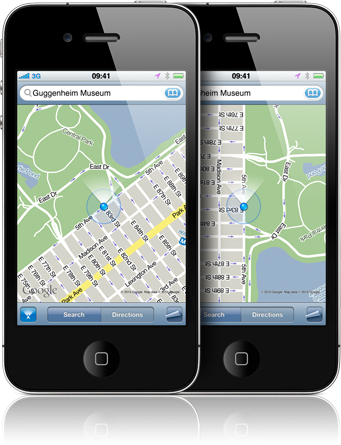 How to Fix a iPhone or iPad Maps App Crashing Problem.

Using any computer go to Google Maps and search for an address then use the ‘Send’ button to email yourself the google maps link.  Make sure to use an email address which is accessible from your iPhone or iPad.  Once you receive the Google Maps email open it up on your iPhone or iPad,  the link will launch the maps application and open up the Maps App on the iPhone with no problem.

Next close out of the Maps App and then reopen it – Presto the App should now open up successfully and not crash!  I’m uncertain as to exactly what causes the Maps App to get stuck and crash continually upon opening,   I believe the Maps data gets corrupted somehow from a previous search and then just gets stuck there and crashes.  Sending the Google Maps link data from an external computer somehow overwrites and refreshes the data on the Maps app and then clears out the corrupted data which causes the Maps app to crash.  Once you do this the Maps App is restored and works great!

Good luck with this Tech Tip and let us know if it worked for you.