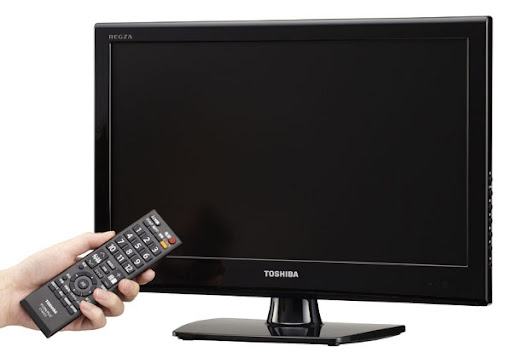 Are you looking for the perfect camping TV well look no further the folks at Toshiba have just made it – The Toshiba Regza 19P2.

The Regza 19P2 is a 720P, 19” LCD backlight TV with a built in 1SEG HDTV Tuner.  Weighing in at 11 pounds this handy TV can run on regular power or built in battery power.  The battery will power the TV for 5 hours as a monitor or around three if using the built in tuner.  If 3-5 hours viewing isn’t enough, optional battery packs are also available.

So what’s it gonna cost you to watch TV during a power failure or when camping without power?  How about a whooping $500 bucks that’s right this thing isn’t cheap!  Extra battery packs will go for around $90 bucks.

The Regza 19P2 will be on store shelves mid July/August right in the heart of camping season.