Waiting Rooms are not just for Patients – They’re for Thieves Too!

According to a recent news story a female thief has been sneaking into medical offices and swiping money, credit cards and personal items from unattended jackets and purses.

It seems the well-dressed women is slipping into medical offices and sitting in the waiting room, hunting for unattended purses hidden underneath chairs, desks or even inside offices.  The female thief hasn’t restricted her activity to the waiting room either, on a couple of occasions the woman asked where the bathroom is and when walking down the hallway to the washroom would slip into a doctor’s office or exam room and steal personal items, valuables and electronics.  Most victims were unaware that anything had been stolen till they were finished at the doctor’s office or going home at the end of the day. 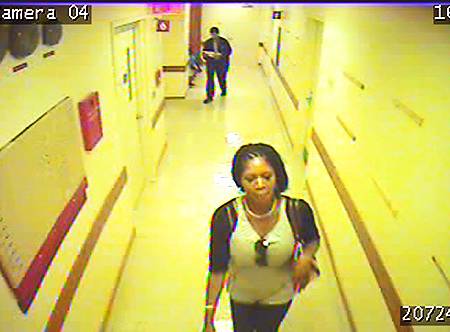 One medical office was equipped with security cameras caught the thief in action in the waiting room and then walking down the hallway from the bathroom.  Police used video surveillance footage and still pictures to help catch the thief by first circulating the picture to medical offices around the neighborhood and asking them to be on the alert for a female person matching the description asking to use the washroom.

If you are interested in a video camera or video surveillance system for your office call Doyle at ION Security 1-888-489-5522 or email info@ionsecuritysystems.com for a Free No Obligation consultation.