Last year a federal jury found a 32 year old Minnesota woman guilty of illegally downloading music from the Internet and fined her $62,500 each — a total of $1.5 million — for 24 songs.
Jammie Thomas-Rasset’s case was the first such copyright infringement case to go to trial in the United States.  This was Jammie’s second trial, the judge ordered a retrial after there was an error in the wording of jury instructions during the first trial.
Attorney Joe Sibley said that his client was shocked at the fine, noting that the price tag on the songs she downloaded was 99 cents and quickly filed an appeal. 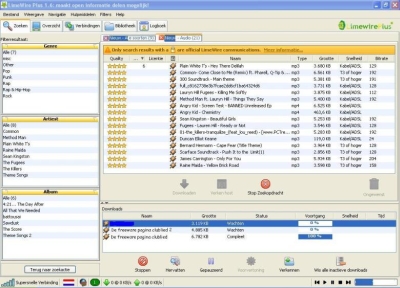 The appeal case concluded this month with a federal judge reducing the penalty imposed from 1.5 million dollars down to $54,000.
U.S. District Judge Michael J. Davis said in a ruling Friday (July 22, 2011)  that the penalty of $62,500 per song imposed by a jury last year in the long-running case was unreasonable. He reduced that to $2,250 per song.
Thomas-Rasset who is married with four children and works for an Indian tribe in Minnesota. downloaded work by artists such as No Doubt, Linkin Park, Gloria Estefan and Sheryl Crow just to name a few.  Thomas-Rasset’s attorney did not say if he plans to appeal the judgement for a forth time.