Camping without Internet in Rural Saskatchewan

Whether we like to admit it or not we live in an ever increasing connected world.  This point was reinforced on my summer vacation camping at Peck Lake in north west Saskatchewan where there is No Cell Service and No Internet Service and the only communication available  is Plain Old Telephone Service (POTS).

In this age of Stay-Cations, Work-Cations, Eco-Cations and plain old ordinary Vacations it’s nice to be unplugged from technology for a couple of days but in this business owner’s opinion being cut off from communication for more than a couple of days adds more stress to the vacation rather than alleviating it.

My wife and I have traveled to this camping spot for the past 5 years and have enjoyed the fishing, water-skiing and quad trails however many of the campers including ourselves often remarked how they wished they had high speed internet and cell service at the lake while camping. 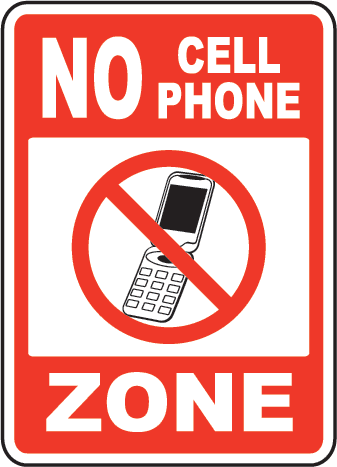 One camper, an investment banker on holidays needed to communicate for a short period (30mins) each day with his office by email.  Another camper was a young student taking a summer course on-line by internet to lessen his load in the fall term.  The student needed to download lessons and assignments then submit them for grading.  A single mom with two children felt totally cut off from home and isolated without internet.  A 75 year old retired cottage owner liked to email his friends and family and monitor his investments while at the lake.  And myself a small business owner needed to spend 30 mins ever other day communicating with the office and clients on pertinent issues which other employees could not be delegated to handle.

This is only a small sampling of the 250+ campers and cottage owners who were at the lake during our stay.  The general consensuses amongst vacationers was that they either wanted or needed internet connectivity to make their vacation more enjoyable and less stressful while on holiday and  lessen the backlog once they got back to the office.

None of the people mentioned were Facebook or Twitter users suffering from Social Media withdrawal, or Crackberry users or teenagers needing to be connected every minute of the day.   Most of the people I spoke to were between 40 and 75 years of age and just wanted to be able to spend 30 minutes a day with some form or internet or email access and then enjoy the rest of the day outdoors doing the outdoor “Lake” activities with their families, friends and kids.

During our week long stay at Peck Lake a strange phenomenon developed by many of the campers and cottage owners.  Each day some of the so called vacationers would travel 31 kilometers to the St. Walburg corner turnoff on Hwy 21 and park on the shoulder of the road to get reliable 3G internet and cell service and conduct their email and internet communications for the day.  There is no Starbucks on the corner of the highway only a “T” Intersection surrounded by canola and grain fields.  One internet user commented “We should build a Starbucks on the corner of this field – it would be a hit”.  Another camper said “I remember the days when they had signs on the highway saving no gas stations for 500 miles,  they should have a similar sign for internet service,  No internet service past this point for 100 kilometers or something like that”.

Each day this intersection and small corner of the adjacent farm field was visited by several vacationer’s who needed to communicate briefly with the outside world.  The summer student downloaded and completed his lessons, the bank manager avoided the drop in the markets that took place August 3rd & 4th, the retiree communicated with his friends and family.  I was able to respond to some clients letting them know their business was valued and their concerns would be handled in a timely manner.

Streaming and Cloud Computing are the Buzz Words of the day but these services only will work if a consistent, high speed, internet connection is available.  Each day we continue to become a more connected society with the internet and wireless communications quickly replacing the plain old telephone system of yesteryear.  With the increase proliferation of “Smart Phones” and “Tablet Computing” internet connectivity in the future will not be a luxury but rather a necessity for our daily lives like it or not.

In 2005 the Saskatchewan Government expanded high speed internet into 31 communities in Northern Saskatchewan however based on my personal experiences traveling from the Alberta border into North West Saskatchewan cellular telephone coverage, Edge Network and 3G data coverage is sparse and spotty at best.

The definition of a Wi-Fi hotspot is Northern Saskatchewan isn’t a coffee cafe with free internet access but rather the shoulder of the highway on a corner of a field where 3G internet and cell coverage is available.

Come on Saskatchewan 4G cellular service is being rolled out all over the country in the coming months yet many communities in Northern Saskatchewan still do not have basic cell service let along Edge or 3G wireless data networks. Amazingly while on holidays in Jamaica last year, in the middle of the jungle, on the side of a mountain while Zip-lining our tour guide was talking, texting and emailing on his Smart Phone while we were more than 90 miles from civilization and the nearest city go figure?

Tip 1:  For those of you who camp at Peck Lake, Little Fishing Lake or Bronson Lake in Saskatchewan,  reliable internet and cellular service is available 31.1 km’s South from the Peck Lake on Highway 21 at the St. Walburg turnoff.

Tip 2:  While Sasktel does not offer high speed internet service to Peck, Little Fishing or Bronson lakes there is Satellite High Speed Internet Service available from XplorNet for this rural area.  The XplorNet service requires placing a satellite dish on the roof of your cabin or boat house or trailer.  Equipment and installation costs approximately $700 and monthly fees range from $65-$95 a month for high speed service.  High Speed Satellite Internet Service is 1-1.5 Mbps which isn’t blazing fast, but 5 times faster than dial up and sufficient for most email and light graphics use.