Shaw Drops the Ball and Almost Loses $45,000 in Business!

It’s odd that a company in very competitive market, spending millions of dollars on marketing to attract new business is so quick to dismiss a new business inquiry by telling the person inquiring on the other end of the phone “Sorry We Don’t Have Service to Your Building” not once, not twice but four (4) times – such was recently the case with    the customer service reps at Shaw Cable’s Business Services New Accounts department.

I am currently working on a dentist office providing low voltage services including alarm, security cameras, audio and video systems and networks and cable televisions or satellite TV programming services.  During the initial quotation stages of the project I asked the Dentist if Shaw Cable had service to his new building and he replied “NO, I called them and they told me there was No Service to my building”.  With that information I designed the A/V system and networks assuming Shaw did not have service to the building as indicated by the Doctor. 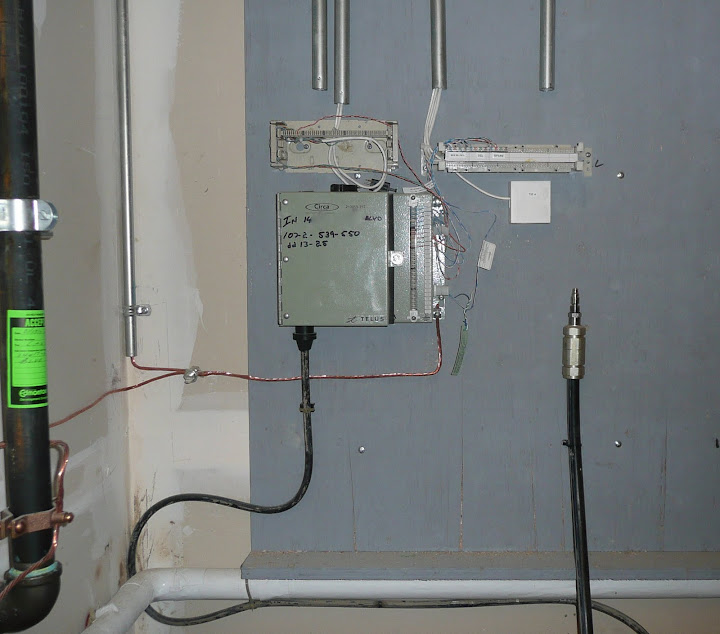 When it came time to install the rough in wiring at the location I immediately noticed a large RG8 master cable line in the mechanical room.  Further examination of the site showed three sides of the complex were surrounded by residential property and directly across the road from the complex utility room was a Telephone and cable main drop box for the area, thus the main Shaw line into the neighborhood was a mere twenty (20) feet from the complex mechanical room.  While close proximity to the main line drop box does not guarantee Shaw cable service, the fact that the main drop box was so close and the fact that the mechanical room to the complex had a terminated RG8 master coaxial cable line coming into it confirmed to myself that indeed Shaw did have service to the building despite what my client the Dentist, was told directly by Shaw Service agents.

I picked up my cell phone and immediately called Shaw’s Business customer service line to inquire about service to the building.  After a 42 minute wait on hold I was greeted by an operator who I provided the service address to and was told that there was NO SHAW SERVICE at that location.  I said to the CSR, I’m in the mechanical room looking at a big, thick coaxial cable which appears to be a Shaw main cable drop into the building and she replied NO I’m sorry sir it must be for something else because I do not show service for that address.  I then told her that the commercial complex was surrounded by residential houses and that the main drop box is straight across the street 20 feet from the complex mechanical room, to which the Shaw agent replied “ Just because there’s service in the area does not mean there’s service to your building”  then the agent went on about the cost of trenching new service to commercial buildings and the property developer or business would have to pay for those costs.  I replied for the third time “Yes I know but the cable line is already here, I just wish to confirm service”   the operator once again apologized and said “There may be a cable of some kind there but it’s not Shaw Cable’s because I do not show service to that building”.  I thanked the operator for her time and frustrated, hung up the call …. all this time starring at the RG8 cable line terminated on the wall of the utility room.  Later that day, my client the Dentist, showed up to do an on-site walk through and I showed him the Shaw cable line in the mechanical room.  I said I was certain this is a Shaw cable drop and he said he’d call Shaw again to inquire about services.

A week after our meeting I received a text message from my doctor telling me he contacted Shaw and they told him Shaw did not have service to his building.  I told him I was certain that the cable drop I showed him in the building was a Shaw cable line and that I would call Shaw again and insist that they send someone out to actually “LOOK” at the line coming into the mechanical room. 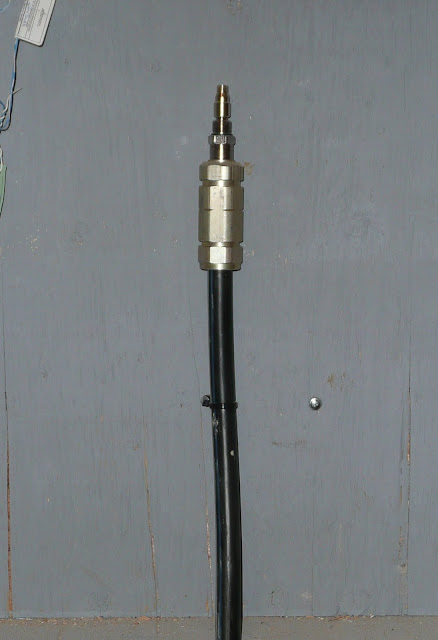 I called Shaw’s business department again and this time was only placed on hold for about 5 minutes.  I had a polite operator named Maureen (remembered to write the name down this time).  I told Maureen my company ION Security has been contracted to provide low voltage alarm, security and A/V wiring and services for my client the doctor who wishes to obtain television and internet services from Shaw.  Maureen asked for the service address and when I provided it to her she replied with the standard “I don’t show service for the address”.  Back on the hamster wheel I go!  I repeated to Maureen the same conversation which previously took place with the previous CSR about the RG8 line already in the mechanical room, and the drop box and residential services near by.  I then received the same standard reply   “I’m sorry but I do not show services for the building and then she began to go into the trenching story,  I cut Maureen off and interrupted her (sorry Maureen didn’t mean to be impolite) and insisted that there was service in the building and asked her if she could check further or send a technician out to at least look at the cable drop located in utility/mechanical room.  I said to Maureen if Shaw can’t do that I’d even go out there and take a picture of the cable and email it to her.  She told me that wouldn’t be necessary and that she would check with her planning and development department and get back to me.  About 15 minutes later Maureen from Shaw called back this time to inform me that “Yes there is service to your building, the planning department informed me that they just recently completed service to that building so indeed the cable drop you described in the utility room is a Shaw Cable line.”
I Thanked Maureen for her time obtained some contact information for my client and then hung up from Shaw and promptly contacted my Dentist with the good news.

The Moral of the Story:
There are several morals to this story – none more obvious than persistence pays.
It’s frustrating and ironic that a company such as Shaw who spends millions of dollars and faces such formidable competition from Telus and Bell should have to be called four   (4) times and then, only at the insistence of an astute integrator,  finally be able to confirm that service is available.  Most new customers would have abandoned Shaw after the first rejection call.  Some might have followed with a second opinion call but after being told NO for a second time most customers would have walked away and went to Telus or Bell for services.

My intent in this article is not to bash Shaw, I am a long time Shaw customer and if you review my posts you’ll see I’ve praised Shaw when they’ve done things right.

When you hire an integrator for alarm, security, Audio and Video wiring and equipment make sure the person or company you hire knows what he or she is doing, has extensive experience and is looking out for YOUR best interests.

I have been an integrator for more than 20 years and I have seen this same situation occur at least three times in my career.  Three times in 20 years is a pretty good failure rate for Shaw, but my point is this,  when Shaw tells you they do not have service to your building or area that is not always correct.  Why does this happen you ask?  Sometimes the front line CSR’s are not equipped with the proper information, sometimes construction is happening so fast that Shaw hasn’t updated their service data base and sometimes when you are the first customer in your area sometimes you have to blaze the trail for the rest of the followers to come.

While this story turned out to be a positive on it was largely on the patience and persistence of the integrator Doyle Serink and ION Security.  When talking to customer service personnel, Doyle reminds us to be diligent, polite and respectful,  while there are a few bad CSR’s in every company most genuinely want to help you.  I Thank Maureen for her assistance in this matter and trust that both my dentist client and Shaw will be able to develop a successful, profitable, long term working relationship.  My client the Dentist did acquire Shaw cable and internet services worth more than $150 a month.  At $150 dollars a month for services over a 25 year period of time that works out to $45,000 in new business for Shaw all of which could have been flushed down the toilet had the Doyle not persisted with Shaw CSR’s  and Business Department that there indeed was service to the building!

Gee …. I wonder if Shaw will send me a Christmas Card this year ?  (hmm….  a New Shaw Gateway would be nice!)

If  you are building a new home, office, retail, restaurant or commercial building and require audio, video, alarm or security equipment, systems and wiring contact Doyle at ION Security for a Free, No Obligation consultation.

1 Response to Shaw Drops the Ball and Almost Loses $45,000 in Business!