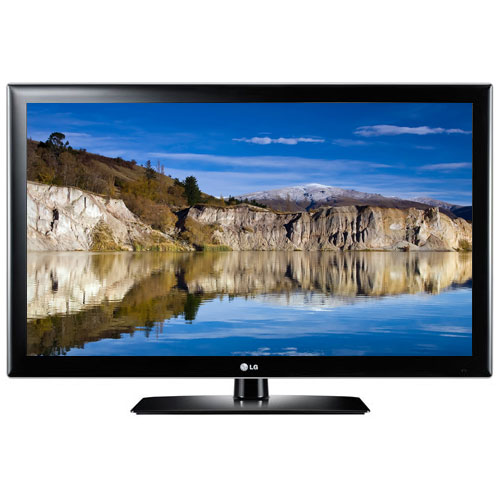 If you’re in the market for a good looking, great performing, Large Screen Flat Panel TV without all the un-necessary extras the LG 55LK250 is the perfect choice for you.

The LG 55LK250 is Not 3D compatible, and does not have internet capabilities built in so if you need these features you’ll want to look at the LG 55LV5400 LED TV as opposed to the LK250.  The LG 55LK250 does offer internet connectivity with an optional adapter however for the price of the adapter you’re better off to by an Apple TV box or blu-ray player with built in connectivity. 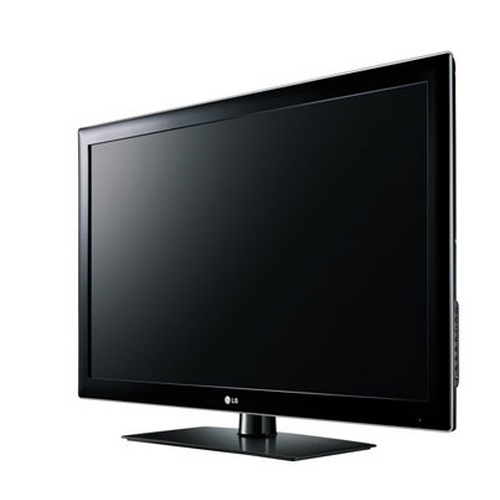 The picture on the LG 55LK250 is stunning, there’s no compromises being made to the panel on this entry level 55” Flat Panel.  The matte LCD screen minimizes reflections and has one of the widest viewing angles with very minimal to zero color shift when viewing off axis.  The picture quality on HD is crisp and sharp with clarity which mimics Real Life.  The factory settings are a bit over saturated however LG’s patented Picture Wizard II makes calibrating this panel simple and easy.  Standard definition programming on most LCD TV’s looks awful but once again LG’s technology makes SD look good on a panel of this size.  Out of all the TV’s we have sold and installed LG’s picture quality on SD programming consistently ranks among the highest from viewers we’ve polled.  Sony LCD’s has the worst picture when viewing SD programming, followed by Toshiba, Sharp and then Samsung. Why is SD picture quality important when buying an HDTV you ask?  Because 85% of the channels in Canada are still broadcasting in SD and only 66% of Television is produced in HD.  This means that even though you’ve purchased an HDTV panel as least 30% of the time, at least for now you’re going to be watching some SD television.  Then you need to consider any legacy video tapes and DVD’s you may have which has also been shot or recorded in SD.  From personal experience I can say family videos on VHS tape look horrible on my fathers 40” Sony LCD TV yet the same videos look much better and less washed out and pixellated on his 42” LG LCD TV.

Speaking of family videos and pictures – The LG 55LK250 does come with a USB port which can be used to play MP3 videos and jpeg pictures through a built in browser.

LG’s 120Hz TruMotion technology works great on this TV and is far superior to Sharp, Toshiba and Sony for sports and video gaming.  We experienced no noticeable motion blur from any of our test sources blu-ray, cablebox or PS3 or Xbox gaming consoles.
We routinely use this TV in many sports bar installations when Plasma TV’s won’t work due to light reflections and have had nothing but praise for the picture quality and no motion blur which is typically associated with other LCD flat panels. 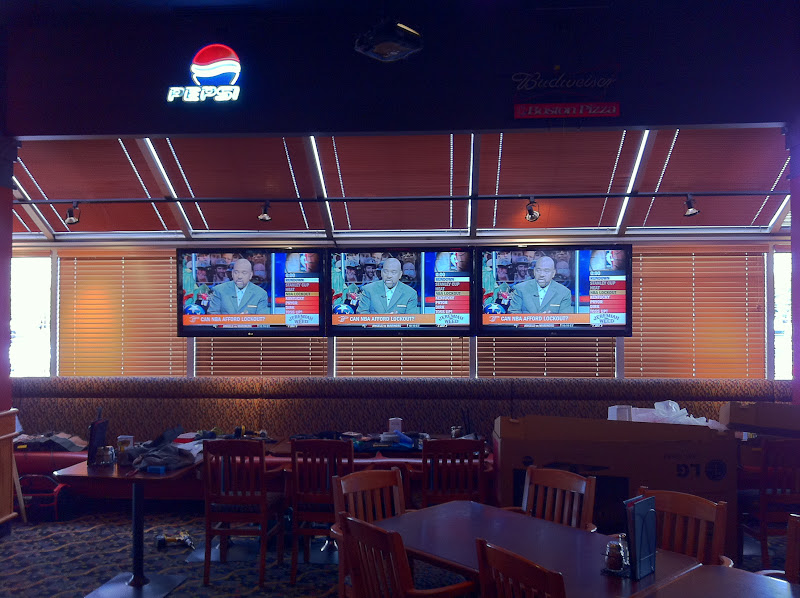 Sound quality on the LK250 is Good for built in speakers thanks to LG’s Clear Voice technology which really works to bring the vocals and voice out of the background noise on TV shows and programs and makes the most of the small built in speakers.  That being said I would say that the built in, invisible speakers are adequate for the living room or bedroom listening however for surround sound and more critical listening rooms external speakers and a surround sound receiver is a must.

The cabinet of the LG 55LK250 is gloss piano black and looks great with one exception, for some reason the engineers at LG decided to put a red translucent plastic decorative stripe around TV housing.  This red stripe doesn’t show up in the pictures or in low light, but in bright light it clearly is visible when viewing the TV off axis.  The decorative stripe serves no purpose that we can see, at first glance when you unpack the TV you think maybe the red plastic would have the option to illuminate and surround the TV frame in what would look like a red neon band but it doesn’t light up except for the bottom right corner which illuminates red when the power is off and blue when powered on.

The remote control fits comfortably in your hand and is pretty basic, straight forward and well laid out with all the right buttons within finger and thumb reach.

Like most new TV’s the LG 55LK250 is Energy Star rated and has several energy and power saving options which for the most part are annoying and are defaulted to the on position when new.

Energy Saver:  The energy saver feature darkens the screen image by up to 30 percent after a preset amount of idle time – This is annoying at best and you have to change the channel to Wake the TV Up from energy saving mode.  This problem is worse in sports bars where you have multiple TV’s which go into Energy Saver mode at different times changing the picture brightness randomly throughout the bar.  We like to turn the Energy Saver feature off on the TV’s we install.

Eco-Setting:  Another feature to turn off is the Eco-Setting which will dim the TV automatically when the ambient room light lessens.  On the surface this seems like a good idea but it real life use like the energy saver feature it’s more annoying than useful.
Once again we recommend that you turn this feature off in the settings and system setup.

Summary:
Overall we are thoroughly impressed with the LG 55LK250 TV and highly recommend it to anyone looking for a no frills, straight forward 55” LCD flat panel with exceptional picture quality.  The matte glass panel minimizes ambient room light and reflections and the LK250 has one of the widest viewing angles found on any LCD panels we’ve tested.

The LG 55LK250 does not support internet connectivity or 3D and does not have analog audio outputs.  In addition it has a Red decorative stripe surrounding the entire TV cabinet housing which some customers may find detracting.  If your require 3D, internet connectivity or find the red stripe annoying you’ll have to look elsewhere otherwise for the price you won’t find a petter quality picture on an 55” flat panel TV.