HP Calls it Quits for the TouchPad after only seven weeks! 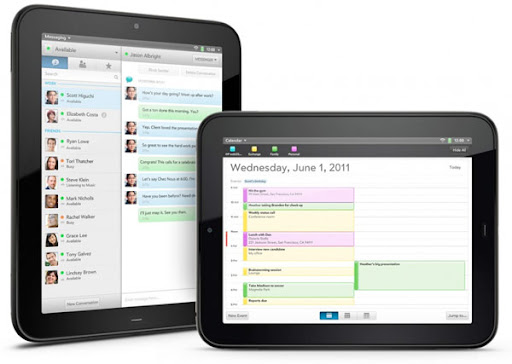 I went to my local Best Buy store today and the entire storefront windows were a Giant Ad for the New HP TouchPad tablet.  Once inside I asked the sales agent if I could see an HP TouchPad and was told No I’m Sorry we don’t have any left in stock but I can show you an iPad instead.  I said wow you mean they’re selling that fast, no he replied actually they’re not selling at all and after 7 weeks HP pulled the plug on the TouchPad and called it quits ordering the existing stock to be liquidated for only $99.

That’s right folks with the signage still on the windows and billboards all over town touting the next big thing in tablet computing HP packed in the TouchPad  after less than two months and blew out existing inventory.

At $99 the iPad wanna be HP TouchPads flew off the shelves and sold out in a matter of hours however the format is essentially dead leaving Touchpad owners with a tablet whose operating system will not be supported and an OS and apps which will not be updated.

The sudden entrance and exit of HP into the tablet market serves as a reminder of just how strong and firmly entrenched Apple iPad is with more than 62% market share and no signs of declining.

At the Consumer Electronics Show CES2011 more than 40 manufacturers announced and showed tablet computers touted as iPad killers but the Dell Streak 5, Motorola Xoom, BlackBerry Playbook just to name a few have all failed to catch on and have quickly become failures or in the case of HP’s Touchpad and Dell’s Streak 5 have been discontinued due to lack of demand and slow sales.  Only the Samsung GalaxyTab is giving  Apple any kind of competition with 17% market share.  The Blackberry Playbook currently has a disappointing 3.3% market share.

With every week that goes by Apple’s market share continues to solidify and grow while other manufacturers look for a crack in Apple’s amour.  Initially most manufacturers thought “FLASH” would be the magic bullet to propel the sales of their tablets by so far “Flash” doesn’t seem to be the secret ingredient to drive sales, user experience and apps are the things consumers want most in a tablet and for that Apple is firmly entrenched as the King with the most apps and best, intuitive user experience unrivaled by any of it’s competitors. 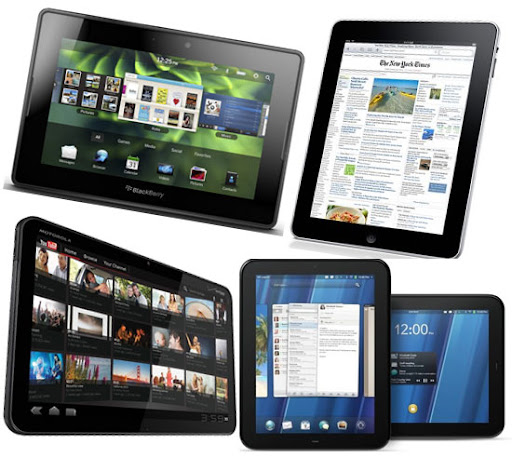 So who’s next to challenge Apple’s dominance in the tablet computer market.  Google announced last week that it plans to by Motorola’s Xoom platform and develop their own Android based software tablet while Microsoft also plans to announce software in the coming months which will run on a wide ran of devices including PC’s laptops and tablets both touch and keyboard and mouse controlled.  Amazon.com maker’s of the popular Kindle e-reader also plan to release a tablet this fall which Amazon labels a game changer running Android’s Honeycomb OS System  on a 7” inch sub $300 tablet just in time for Christmas.

Google, Microsoft and Amazon are all big players and certainly have enough cash to give Apple a run for their money.  If we can learn anything from the iPod experience and sales cycle we can safely say that the iPad seems to be following a similar sales path and market dominance that the iPod enjoyed leading this writer to predict that the iPad will continue to lead the Tablet Market segment in terms of Market Share, Number of Apps and dominance.  The iPad is to tablet computing as the iPod was to MP3 players.

There’s only two kind of tablet customers:  iPad users and those that wish they were.