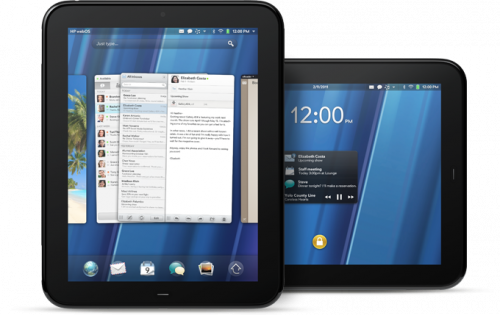 On August 30th, HP announced that it will produce ‘one last run’ of TouchPads to meet unfulfilled demand.

Since we announced the price drop, the number of inquiries about the product and the speed at which it disappeared from inventory has been stunning. I think it’s safe to say we were pleasantly surprised by the response.

Despite announcing an end to manufacturing webOS hardware, we have decided to produce one last run of TouchPads to meet unfulfilled demand. We don’t know exactly when these units will be available or how many we’ll get, and we can’t promise we’ll have enough for everyone. We do know that it will be at least a few weeks before you can purchase.

It is estimated that it costs HP $240 dollars to produce each HP TouchPad which they’re currently blowing out at $99 USD.  Selling products at a loss to gain market share is not and unheard of strategy, however this one makes no sense since HP has said earlier that is is abandoning the computer hardware market entirely to focus on Peripherals.

If HP’s TouchPad Experiment taught us anything it’s that there is Huge Demand for a $99 dollar tablet computers.

The HP TouchPad can’t compete with the iPad 2 at $399 dollars but it can compete with the Kindle and other ebook readers at $99 when it has the ability to Surf the Web, play Flash content, Email, be used as an eBook Reader and Photo Viewer.

It’s hard to say what the future of the HP TouchPad is – Officially it’s over HP has thrown in the towel and called it quits,  Personal Systems Group (PSG) head Tod Bradley commented to Reuters news that “tablet computing is a segment of the market that’s relevant, absolutely”

If HP does get enough of their tablets out there to create critical mass then they just might be able to spin off and sell the TouchPad to another manufacturer.

Coincidentally Rim makers of the slow selling Playbook announced a $150 price drop for their tablet in hopes of gaining some back to school and back to work sales now that the summer vacation season has officially ended.