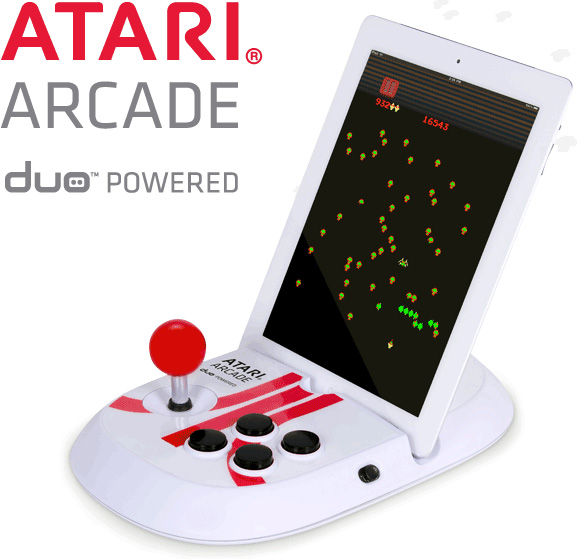 You may recall our review of ThinkGeek and Ion’s iCade iPad arcade game dock.  Not to be outdone the folks at Atari have partnered with Discovery Bay Games to create their own iPad arcade simulator dubed the Arcade Duo-Powered Joystick or Atari Arcade.

The Atari Arcade promises to be all that iCade is at a price point $40 less than ThinkGeek’s iCade.  The iCade requires batteries and uses bluetooth to communicate with the iPad where as the Atari Arcade requires no batteries and is powered directly by the iPad and connected via it’s 30-pin dock connector.  The joystick like the iCade is designed to work with Atari’s Greatest Hits app. 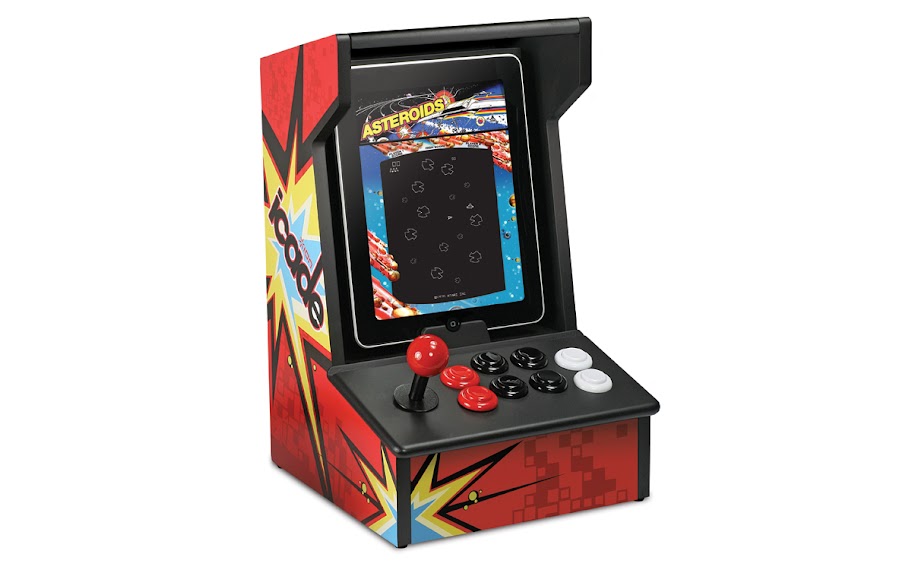 The Atari Arcade looks and feels cheap and plasticky while the iCade looks more robust and like a mini arcade machine. The dock connector on the Atari Arcade fits both iPad and iPad 2 tablets but can be awkward and frustrating to connect (You have to line up the iPad just right to fit it into the dock connector).  The iCade of course uses bluetooth connectivity therefore no 30-pin dock alignment issues.  On the controls side the Arcade Duo controls feel surprisingly more responsive than the iCade with just the right amount of resistance on the joystick and buttons.  The iCade buttons are actual arcade type micro switches which have a concave shape and more tactile feel albeit a slightly looser but true to life real arcade type game response.

If you’re a retro gamer looking for some fun and nostalgia the iCade is both functional as a game controller and a nostalgic piece while the Atari Arcade is well ….  just another plastic game controller joystick and nothing more.