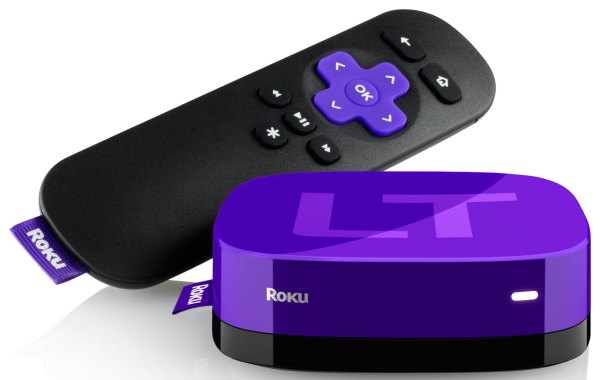 Roku the popular Apple TV like content streaming device is reported to be coming to Canada in 2012.  It’s unclear at this time exactly what content the CRTC will allow to be streamed on the Roku box but Roku announced it’s planning on offering region-specific content, which will be provided free or with ads or by subscription.

Roku launched the first Netflix streaming player in 2008 and is now the leading streaming platform in the U.S. With more than 350 channels of content.  Roku’s open streaming platform brings new content providers to the TV screen and expands the offerings of existing platforms such as channels found on traditional cable and satellite networks.

Roku is working with Synmex Canada to make the players available in Canada sometime in 2012.

This entry was posted in News and tagged apple tv, crtc, is roku available in canada, Netflix, roku canada, synmex canada, what is roku. Bookmark the permalink.