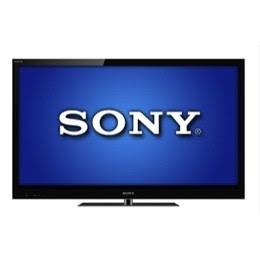 Samsung Electronics has agreed to buy out Sony’s entire stake in their LCD Panel joint venture (S-LCD) for a whopping $939 million in a move to help turn Sony around by shedding some of it’s debt amid forecasts of an eighth consecutive year of losses.  2011 wasn’t a good year for Sony televisions due to sluggish world wide demand for it’s products and the Playstation 3 network hacking scandals.  Sony stock has dropped more than 50% in 2011 while Samsung increased 12% and Apple 25%. Back in the CRT days Sony was the number 1 television manufacturer but now ranks third behind Samsung (1) and LG (2).

S-LCD was established in 2004 as a joint venture between Sony Corp. and Samsung Electronics Co. to make liquid crystal displays for both Sony and Samsung displays.  With it’s purchase Samsung will get 100% of S-LCD while Sony will get some much needed cash.

So what’s this mean for Sony?  Moving forward Sony will continue to use Samsung panels in their LCD TV’s – that’s right folks for those of you who didn’t know, Sony TV’s contain LCD Panels made by Samsung.  With 100% Ownership of S-LCD, Samsung will have “heightened flexibility, speed and efficiency in both panel production and business operations”.

For now it’s business as usual at Sony although it’s corporate rating has been downgraded to “BBB-” which is said to be one level above junk.

Samsung on the other hand has now captured Sony’s crown as the king of consumer electronics.

Question …. Would you buy a Sony TV right now?

This entry was posted in News and tagged apple, crt, do sony tvs use samsung panels, does sony make it's own lcd panels, does sony use samsung lcd panels, is samsung number one tv maker, lg vizio, number 1 tv manufacturer, Samsung, samsung buys out sony, Samsung Buys out Sony's Share of LCD Joint Venture, sld, sony, sony tvs are really samsung, sony tvs use samsung panels, walkman, what panels are in sony tv, who is the number one tv manufacturer. Bookmark the permalink.