I met with a client last month who called to inquire about beefing up his current alarm system and perhaps installing some security cameras in his home.

During my initial consultation with my client, Mathew, I asked him why he wanted to improve his security and what exactly is he trying to protect and monitor.  Was he unhappy with his current alarm provider? or monitoring company? or what?

Matt, told me he wasn’t interested in protecting his property while he’s away and not at home, “I could care less about my stuff that’s what insurance is for …. I need an alarm to protect my wife and family while I’m at home, I’m more concerned about that than stuff.”

Concern about Home Invasions is becoming an all to common occurrence in the city as home invasions are quickly becoming one of the fastest growing crimes in the country. 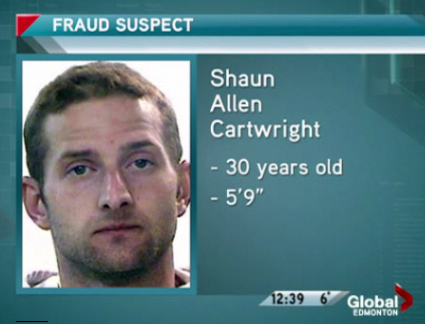 Today, January 4th, 2011 the Edmonton Police Service Issued a watch for Shaun Allen Cartwright, who has been invading homes in West Edmonton.  Cartwright has been canvasing West end homes, ringing door bells and telling the person who answers the door that he locked himself out of his house and would like permission to use their phone to call a locksmith, or locked himself out of his car, or car is stuck or broke down and he needs to call for a tow.

Home invaders will say they’re from the gas company, or other utility company and that there maybe a potential gas leak or potential problem in their home which they need to check out.  Beware of this one especially since Direct Energy recently sent notices to West End homes about changing out their outside gas meters.  As the notice says – Direct Energy will not require entrance to your home so if someone is at your door saying they’re from the gas company – shut your door and call Direct Energy to verify and confirm but don’t let them inside your home.

When a home invader enters your home he/she will pretend to use the telephone or check out your furnace or telephone or cable etc… in the utility room and if left unattended will canvas the room for valuables and items to steal.  While in the home sometimes the invader will ask to use the washroom, thereby gaining access to other areas of your home and again scouting out for Big Screen TV’s, laptop computers, iPads and iPods etc….  Even the bathroom is a place of opportunity for thieves as they steal cologne, razor blades and prescription drugs.  These items are easy to fence and sell.  Some aggressive invaders have been known to become violent once inside the home and even tie up and torture their victims, as they steal the valuable contents of the home and cash, cigarettes, liquor and sometimes even extort victims to reveal their PIN Numbers for their bank cards and wait while an accomplice runs to the nearest ATM to withdrawal funds.  While most home invasions are not violent and usually quick grab and go affairs, any home invasion can be a traumatic experience for the victims and some have ended tragically in death to the victim.

The easiest way to protect yourself from being a victim of a home invasion is Do Not Open the Door to Strangers, especially when you’re alone in the home.  Alarm systems with Emergency, Silent Alarm or One Touch Panic Buttons are also helpful when confronted with a Home Invasion situation. 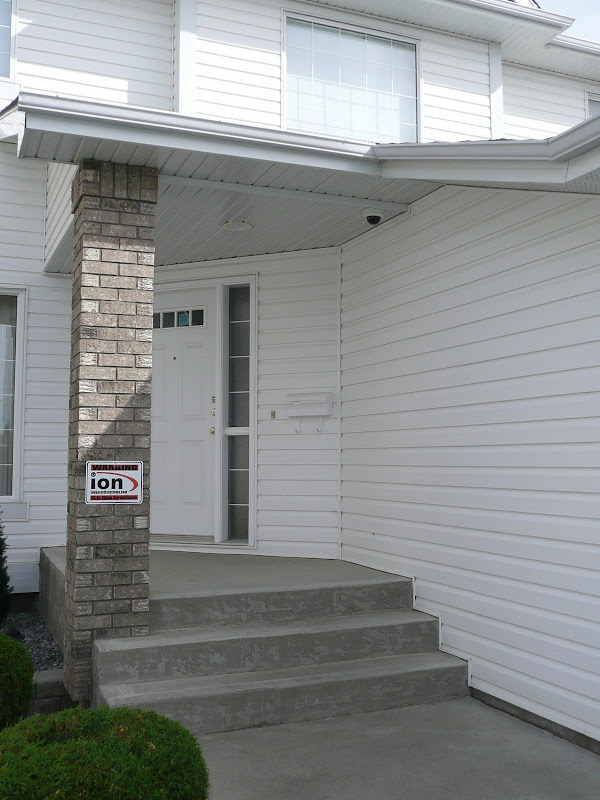 Security cameras are a very good deterrent in preventing home invasions.  Home invaders like most criminals are looking for easy targets and often stay away from homes with Alarm Systems and Security Cameras.  Security cameras are effective both as a deterrent and if they record then as an aid to police to assist in investigation, capture and arrest.  Security cameras are also useful in monitoring the home both locally from inside the home and remotely when away from the home.  Camera recordings can also be used to limit liability in case of accidents and once again assist police should your home be vandalized, burglarized or invaded.

After meeting with Matt we came up with a plan to beef up his current security system by adding another keypad with Panic Button in the bedroom.  At the same time we added the keypad we also added a monitored low Temperature Freeze Alarm and Water Flood sensor.  Lastly we installed four video cameras with recording capability to the front door, back door, driveway and front inside foyer.  The camera system allows all and his family to monitor the home outside doorways and driveway on their iPads and iPhones as well as the front inside entry.  By seeing first who’s at the door or parked outside in the driveway Matt and his wife can determine if the person ringing the door bell is a known friend or relative or stranger.  The complete video camera monitoring system cost under $3000 installed including the upgrades to the alarm system.  While the new video camera system is easy to use and provides great live and recorded video images for Matt and his family the best feature isn’t written on the spec sheet according to Matt and that’s “Piece of Mind”.  Our family feels much safer with the new video camera system and alarm system upgrades and that’s “Priceless”