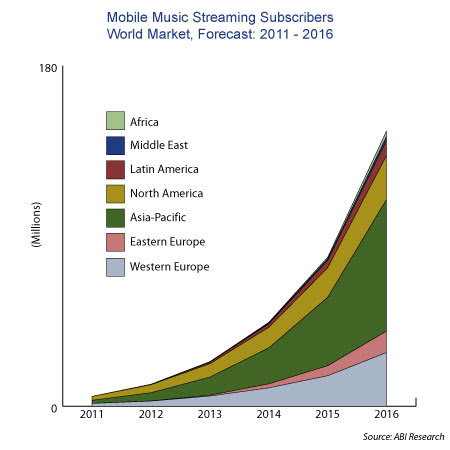 Nielsen and Billboard identified an interesting trend centered by singer Adele’s album 21, the top selling album of 2011 for both physical and digital sales.  For the first time since 2004 the report shows that total album sales rose in 2011.  Now that single downloads of virtually every song are available it looks like artists are putting together better albums with less filler so fans are choosing to buy the whole album instead of individual tracks to save money.

The trend toward total digital distribution is continuing and with cloud computing, increasing wireless network coverage, faster download speeds and increased capacity digital media consumption will continue to gain over physical media and an ever increasing rate.

Back in the 70’s, 80’s and 90’s physical media was all the rage as audio and videophiles accumulated large Record, VHS tape, CD and DVD collections.  At one time I myself had over 4000 CDs in my collection (actual CDs not just an MP3 files).  I had a buddy who had more than 2000 DVDs in his collection.  The days of physical media are over, today’s generation grew up in a connected, digital world and doesn’t care if they own anything – it’s all about access.  Accessibility and being connected is paramount to today’s generation, they want accessibility to everything, everywhere all the time and on ALL their devices.

Streaming media is the solution to enable playback on all devices everywhere however internet coverage, bandwidth and reliability are still issues.  Take your kids camping to Saskatchewan where this is no internet coverage and see what happens after a week or two of being disconnected from their digital lives.  This same thing is happening to adults in their 20’s, 30’s and 40’s as they too become increasingly dependent on internet connectivity in their daily lives.