With all the hype surrounding the new iPad 3, rumors about a refreshed and updated Apple TV have been widely ignored. 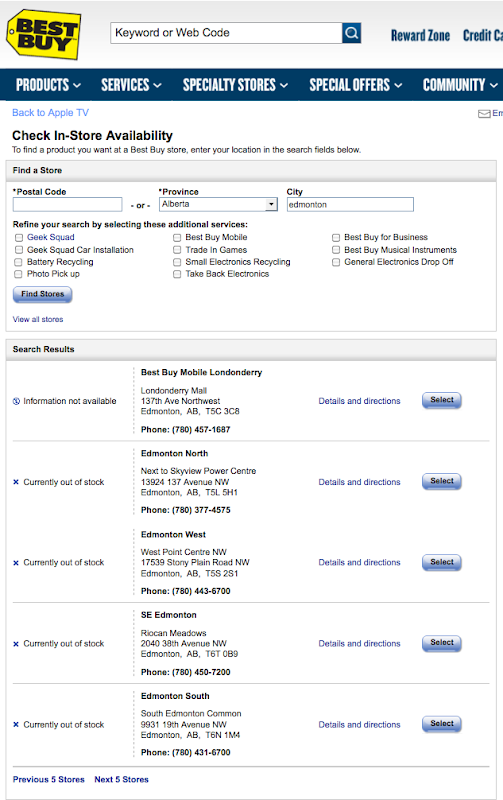 Techtipsandtoys predicts a new Apple TV will be introduced as the Iconic “One More Thing” in Apple’s up coming keynote address for the iPad 3 rumored to be held the first week in March (March 7th).

While a new Apple TV is almost certain, the platform and features are less so.  Here’s some rumors and speculation on what a new Apple TV might look like:

A6 Processor – Questions abound about the internal processor in the new Apple TV. Most industry experts feel it will use the same chipset as the iPad 3 which is rumored to be an A6 however some photos and tech sites have said the iPad 3 will be powered by a specially made A5X chipset.  We’ll have to wait and see but it’s safe to predict with 1080p and other features the new Apple TV will require a faster processor.

SIRI – Built in SIRI voice commands are a must for a new Apple TV.  With the success of SIRI on the iPhone 4S and voice control available on the X-Box with Kinect, Apple will certainly put SIRI on the new Apple TV.

32, 37-40 and 55 Inch TVs – Every TV manufacturer at this years CES 2012 was comparing their TVs to an Apple TV set which was only rumors and physically doesn’t exist … at least not yet anyway.  The consensus on Apple producing an actual TV Set with Apple TV built in are mixed but some experts believe the new Apple TV will be an actual TV with Panels built by Samsung and three sizes available 32, 40 and 55 inch LED.  Techtipsandtoys believes this rumor is a long shot and believes Apple TV will continue to be a separate add on streaming box for the foreseeable future.

Storage Hard Drive – Many Apple TV users wish the device had a hard drive or the ability to add and external hard drive to archive and store video streams, movies and programs.  Adding the ability to store content would expand the capabilities of an Apple TV device from a basic streaming device to a home theater or whole house video server.  Hard Drive storage of some kind will also be necessary if Apple is going to introduce Apps to the Apple TV.

Apps – With every Smart TV manufacturer offering apps on their products and the success of Apps with the iPhone and iPads, Apps for Apple TV are a forgone conclusion, in fact we don’t know why they’re not already there.

Yes – Apps will be available on the new Apple TV.

QWERTY Remote Control:  Samsung, Sony and LG Smart TVs come with QWERTY Remote Controls and some with voice activation.  If Apple puts SIRI on the new Apple TV, don’t look for Apple to abandon their small chiclet  remote control but a safer bet would be Bluetooth.

Bluetooth – If Apple is going to enable gaming Apps on the new Apple TV bluetooth will be a must to enable accessories such as wireless controllers and keyboards.

Apple has long been criticized on its commitment to Apple TV and the fact that it’s often be referred to as a hobby product for Apple which could do so much more if they’d only get behind it.  Tim Cook commented at the Goldman and Sachs Technology and Internet Conference earlier this month “Apple doesn’t do hobbies as a general rule. I can’t live without [my Apple TV] – we’ve always thought there was something there, and that if we kept following our intuiting and kept pulling that string, we might find something larger. … Something that could go more main market for it to be a serious category.”