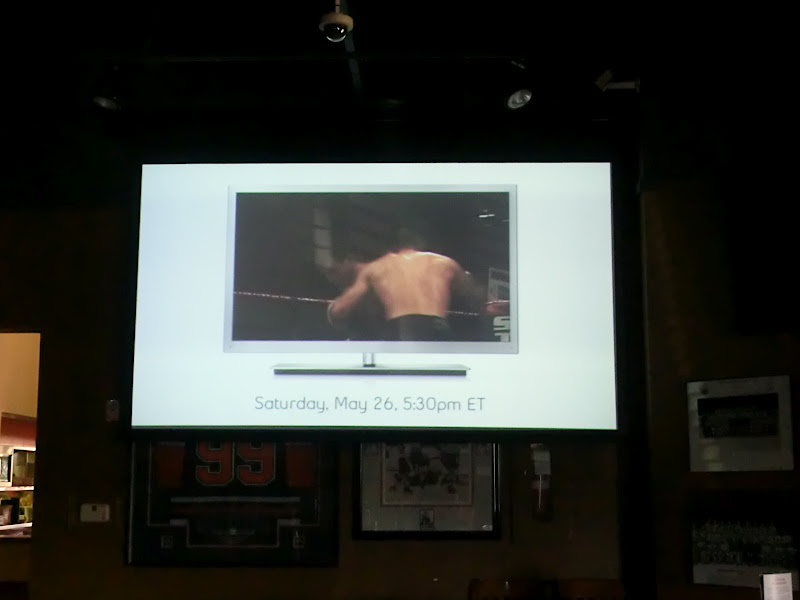 Why get Ion Security and Integration to install your next Audio/video or Security System …       in one word   Service.

Prior to switching our name from  DJ’s Sound City to Ion Security the slogan printed on our company vehicles read “Serious About Service”.

While our name may have changed from DJ’s Sound City to Ion Security our commitment to outstanding customer service remains as strong as ever.

On Thursday morning May 24, I received a call from one of our sports bar clients informing us of a problem with the 110 inch projection screen TV.  The problem was the motorized projection screen would not go down and the New York/New Jersey Stanley Cup Playoff game was Friday and even more critical a Big UFC Heavyweight Pay Per View Fight was being broadcast on Saturday.  No worries Doyle told the troubled client over the phone we’ll get you up an running for both events.

Not knowing what the problem was Doyle called Lisa head of the MIH Department (Make it Happen) and the pair went into action.  After lunchtime on Thursday, Doyle and Lisa made a service call to the location to troubleshoot the motorized screen problem,  it turns out the logic board in the screen or motor was stuck on the retract position and couldn’t be repaired in the field.  Ordinarily this type of problem would take three or four weeks to repair however, Ion Security always carries a spare projector and screen for just this type of situation.  “We’ll be back tomorrow morning to take down the old screen and install a new one for you” Doyle said leaving the location reassured. 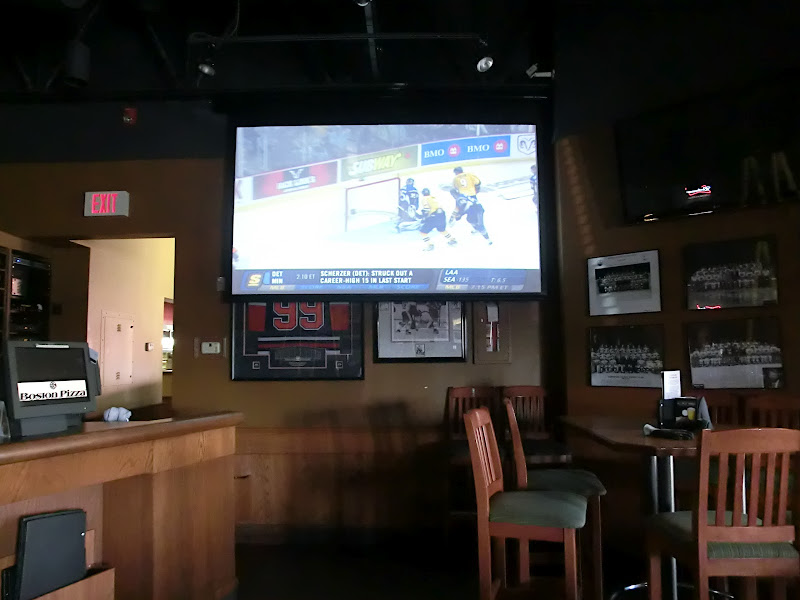 Friday morning the Ion crew was back at the location to remove the problem screen and install a new one.  The new screen was different than the old one and required new brackets, wiring and controls but the Ion team was up to the task and completed the install before the sports bar opened.  With the screen mounted in a slightly different position and the frame being different than the previous screen the projector now needed to be moved from the ceiling bracket and an adapter plate needed to be fabricated.  Doyle temporarily focused and converged the projector so the location could show the New Jersey – Rangers game on the Big Screen that night and would be back the next morning to move and reinstall the projector.

Friday afternoon, Doyle obtained the necessary materials, fabricated and painted a mounting plate adapter and the following morning Saturday May 26th, 2012 the day of the big UFC Heavyweight PPV Event, removed the projector, installed the adapter plate then reinstalled, focused and converged the projector for proper screen coverage . . .  Mission Accomplished!  The location was all set to go for the big event and also prepared for the Stanley Cup finals starting in a couple days.

Every year during the Grey Cup, Superbowl or Stanley Cup Hockey Playoffs something happens to at least one of our client’s Doyle tells Techtipsandtoys.  “It never fails, it’s like the technology gods know there’s a big event on.  One year it was a sound system on Grey Cup Sunday, I was at the sports bar that morning right up until opening kickoff, another year it was DLP Light Bulbs burning out on some TV’s during the Hockey Playoffs and this year we had one Bar’s cable and TV distribution system go down during the first round of the Hockey Playoffs and now this Motorized Projection Screen.  We always try to be prepared and thankfully usually are!”  The Playoffs aren’t over yet, says Doyle, “we’ve still got a projector with poor color to fix next week and a bar which still has some DLP TV’s whose bulbs are dimming to replace.  Overall this year has been about the same as most … a few minor problems and just like the playoffs, one or two unforeseen upsets!”

If you are unhappy with the level of service you’re getting from your current A/V  Security systems provider and would like a Free Consultation from an experienced, knowledgeable, systems integration company with a passion for service give Doyle at Ion Security a call 780-489-5522 or click the link to email: Ion Security email