Is It Safe to Go To The Movies Anymore? 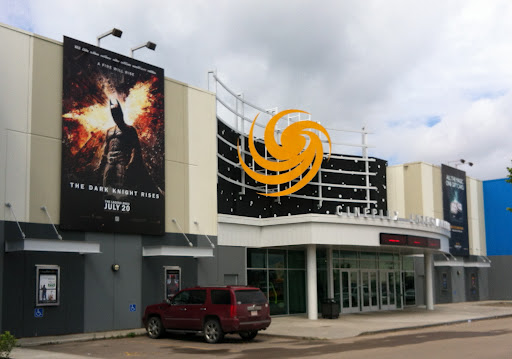 “How did a man wearing a gas mask, dressed in all black, covered in body armor and bullet proof vest and carrying four guns and home made grenades manage to walk right into the Century Aurora 16 Cinema’s unnoticed?”

In response to the killings police and movie theater officials are trying to ramp up security at Dark Knight premieres all around the world.  Some Dark Knight premiere’s were cancelled while others went ahead as scheduled … some movie goers didn’t go to the premiere for fear of copycat shootings.

Going to the movies is supposed to be a fun night out, a place where you can escape from the reality of life for a couple hours and forget about what’s going on around you.  For years movie theater attendance has been declining to all time lows, 3D was supposed to bring movie goers back to the theater and “The Dark Night” was supposed to be one of the biggest box office hits in the history of Hollywood.  Sadly the tragedy in Colorado has left many of us questioning “Is it Safe to Go to the Movies Anymore?”

As a security professional there are many things movie theaters can do to beef up the security inside theaters.  Obviously there are contacts on the exit doors for when the movie theater is locked up and the alarm is on, but the technology exists to have the exit door contacts monitored all the time which will notify officials if a door has been propped open or not closed properly.  In addition to monitoring door sensors all the time, magnetic door locks could be installed which similar to fire doors can be locked or unlocked after movies to allow patrons to exit and hooked to the alarm and fire panels for emergency evacuation.  Cameras are another security aid and deterrent.  Security cameras nowadays detect motion or heat and can provide high definition images even in complete darkness.  It some of these measures were put in place before at the Century Aurora 16 Cinema’s would James Holmes still have been able to pull off his killing spree.  It’s uncertain if all these measures would have prevented the tragedy in Colorado from occurring however it’s safe to say that after this event many movie theaters around the world will be looking at enhancing their security systems to provide safer environments for their patrons.

Do you feel safe at the movies?
Will people stay home and wait for the video instead of going to the Theater?

Do you think this tragedy will lead to an increase in Home Theater Sales?
What do you think we should do?

1 Response to Is It Safe to Go To The Movies Anymore?