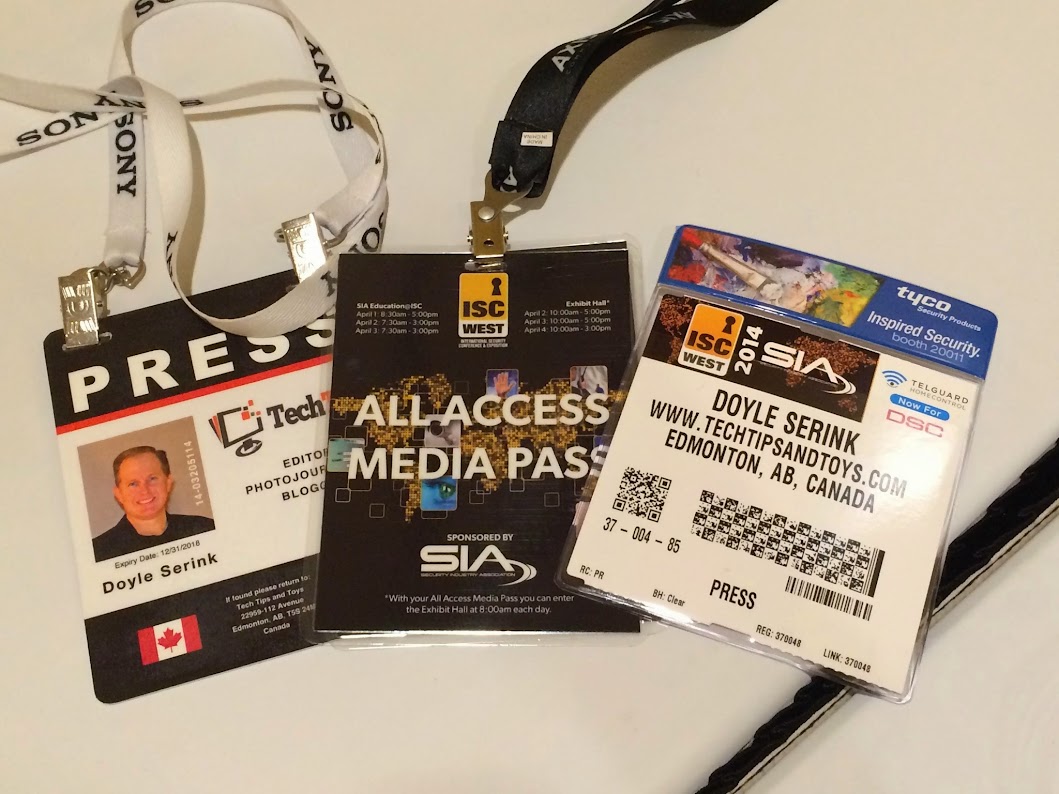 I just got back from ISC West 2014, the Security Industry’s Premier Trade Show and Conference held in Las Vegas from April 2-4.  This years exhibit was one of the best shows I’ve attended in many years.  The isles were filled with energy and excitement and a new attendance record was set at over 26,000 visitors.

Like the Consumer Electronics show only a couple months before, ISC West 2014 was all about mobile access and integration.

The impact of the smart phone and tablet has influenced everything we do in our daily lives and the impact of mobile technologies was clearly evident in every product offering from the more than 1000 exhibitors.

Alarm systems, CCTV, Access Control and Home Automation have all become integrated with mobile devices and manufacturers and service providers have begun to make their products smarter, more intuitive and and easier to use.  In addition to more intelligence built into devices, security manufacturers have realized the benefits of cloud computing and are transitioning many of they products to take advantage of our increasingly connected world but incorporating their products and services with cloud integration.

Here is a summary of some of the highlights of the ISC West 2014 show.  More detailed blog posts will follow providing more detailed information on specific products and services. 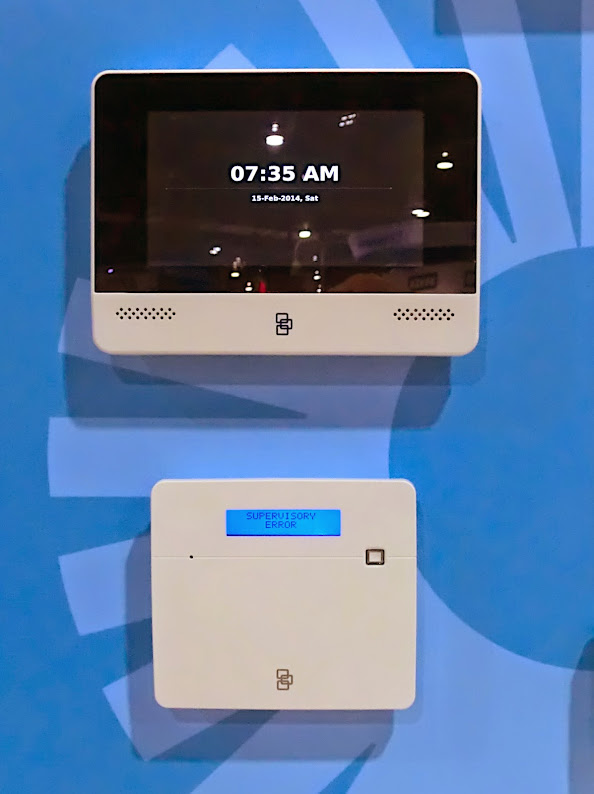 Interlogix:  Last year Interlogix (GE) introduced their Advisor All in One panel with 7 inch touchscreen.  With another year under their belt the Advisor Panel has been refined but is currently still in Beta Testing with an official release date to be announced later this year.

Interlogix also showed their new Advisor Pro Panel often referred to as the Concord 5.  Like Advisor One, the Advisor Pro panel is still in beta testing with no official release date.

The Interlogix Advisor One and Advisor Pro both have 7” Touch screen panels.  Interlogix displayed a new Euro Styled Alpha Numeric Keypad which looks stunning and will work with both the new Advisor Pro as well as the older Concord Series Panels. 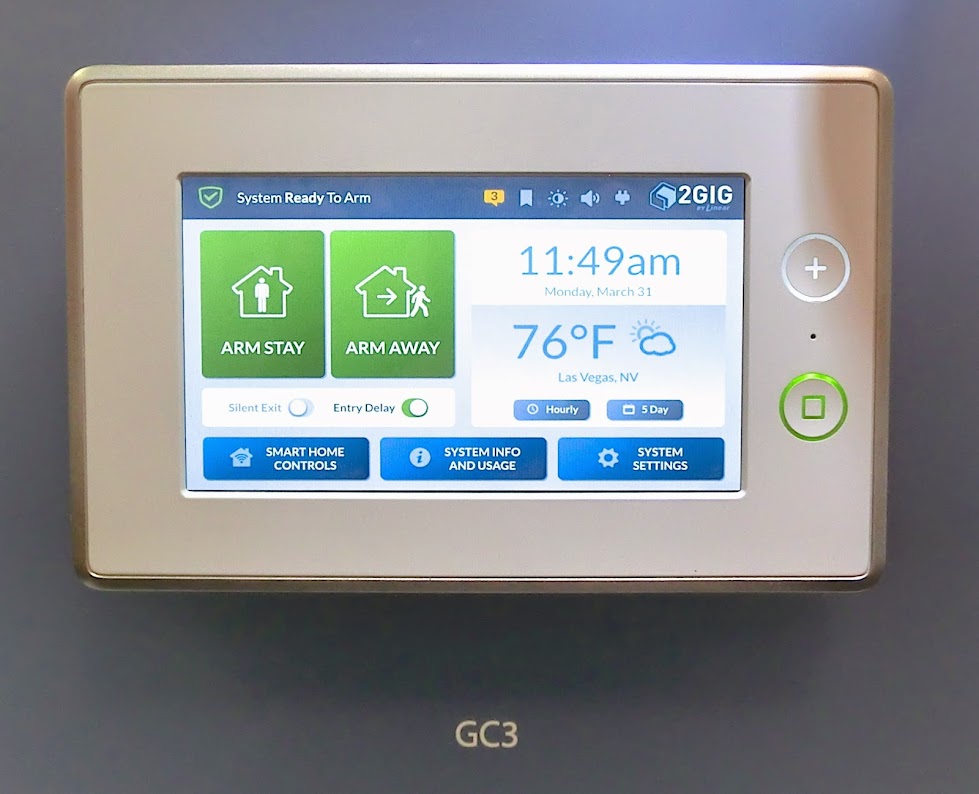 2GIG:  As you may recall 2GIG was purchased by Linear last year just prior to ISC and the 2GIG GoControl 2 Panel was given to Vivint as part the sale.  With less than a year in development 2GIG was able to reinvent their premium Touch Screen Panel and showed a prototype Panel called the C3 at ISC West this year.  One the surface the 2GIG C3 looks similar to the previous C2 panel and should be a contender in the market when it gets released later this year.  In addition to the C3 Panel 2GIG also showed off their new WIFI broadband module which will allow GoControl 1 panels to connect through wired broadband rather than GSM Cellular technology.  Other products shown at the Linear/2GIG Booth included new Z wave light switches and the Latest Version of Go Control Software which adds an energy meter to the Go Control Panel. 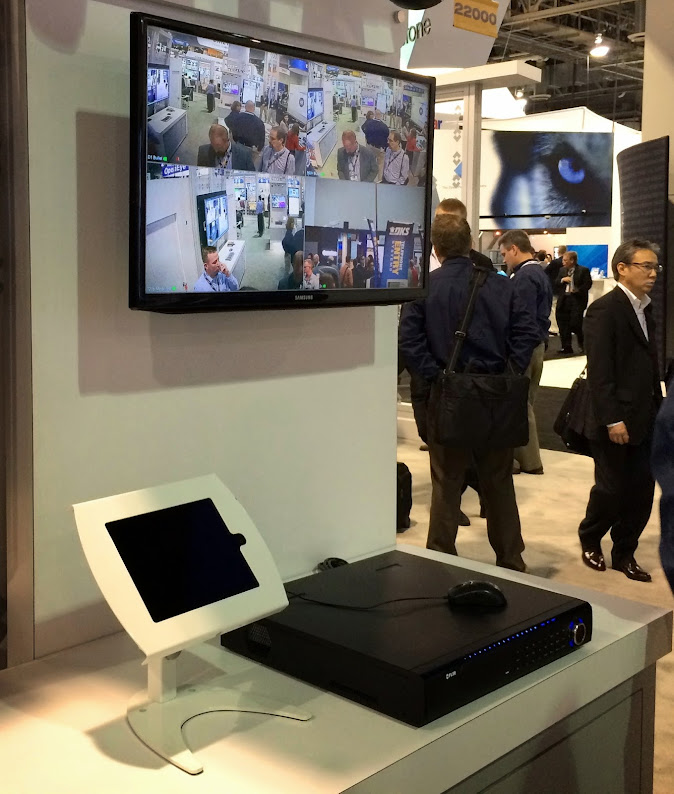 Flir:  A lot can happen in a year.  Last year Digimerge was purchased by thermal camera manufacturer FLIR and their offerings at ISC West 2013 where a mixed bag of Flir and Digimerge Products.

Many industry pun-dents wondered what Flir was doing buying  Digimerge but a year later the influence and synergy of these two companies is clearly evident.  Flir’s booth at ISC West this year was filled with innovative products including new DVRs, NVRs, IP, Analog and Thermal Image Cameras and a creative Cloud CCTV offering.

This year FLIR has refined their NVR and included a 16 Channel Plug N Play NVR complete with 16 port POE Switch.  If you’re not ready for IP yet, FLIR’s innovative analog MXP DVR allows you to connect traditional D1 and 960H analog cameras to it via Coax or Cat5 as well as new 720 and 1080P analog cameras. 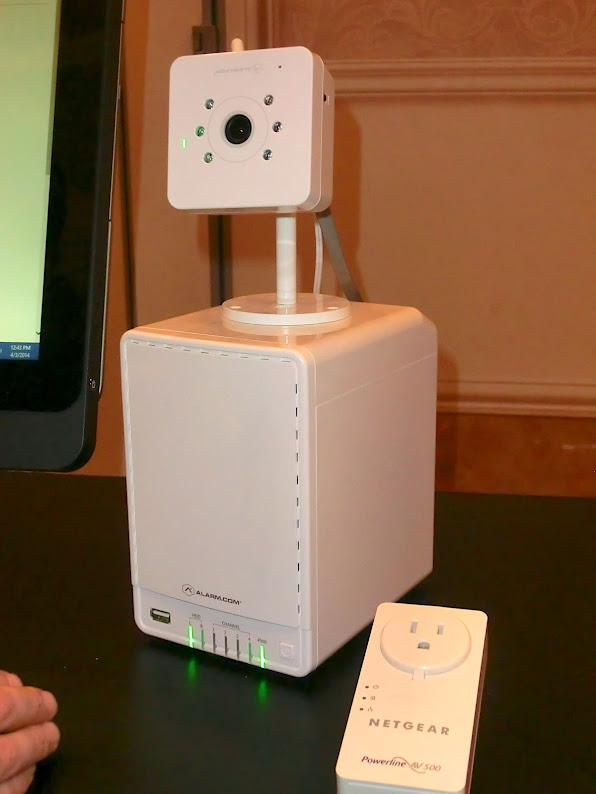 Alarm.com:  Alarm.com is better know as a service provider but they also showed off some impressive new hardware including a new 4 Channel SVR (Streaming Video Recorder – think NVR here), a New compact outdoor Bullet Camera, a New Universal Liftmaster Garage Door Opener and two new alarm devices, a Pet Sensor and a Bed or Chair sensor.  Along with the shinny new hardware alarm.com showcased various marketing programs and software enhancements for their dealers as well as the soon to be released Alarm.com App for it’s customers.  Alarm.com continues to innovate and refine their product offerings to maintain their leadership status in the connected home space.

Emergensee App:  Emergensee is a Personal Security App designed for both personal and corporate applications.  The app is incredibly powerful and is available in both free and paid versions.  The Emergensee app is a great example of the type of security services which are available using smart phones and cloud computing.  Watch for a complete review of the Emergensse App on future blog posts.

Polk Audio In floor Sub:  While technically the Polk audio CSW 100 infloor sub is not a new product, this was the first time I was able to see it displayed at a trade show and actually got to touch and feel it hands on.  In floor subs are becoming increasingly popular in new home construction and the Polk CSW 100 delivers an impressive package at an affordable price.

Proficient’s new speaker frame still contains the push in speaker grill groove on the inside of the Bezel which will allow the older style push in grill to still be used with the new speaker frame.  This is a great idea because it will allow integrators to replace an existing Proficient speaker with a new Thin Bezel speaker and still maintain the look of the older Bezel Framed speaker.  Bravo Proficient. 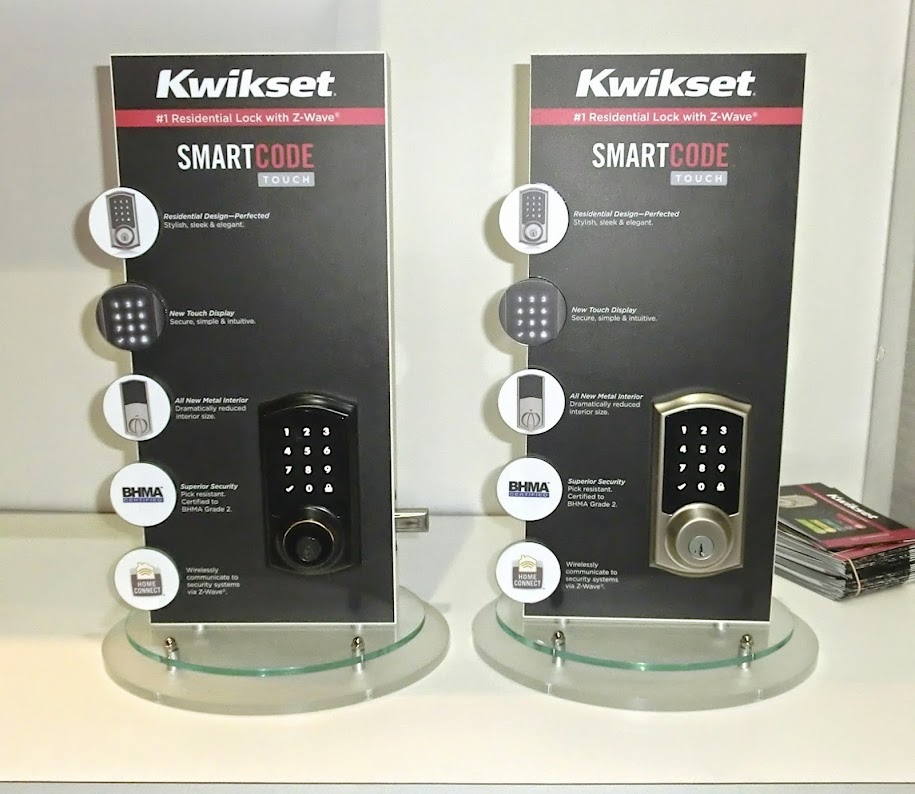 Notable Mentions:  There were a host of other products at ISC West which we will discuss in future posts including several DIY Security Camera Solutions from Brinno, Netgear and DropCam plus others ….   stay tuned!