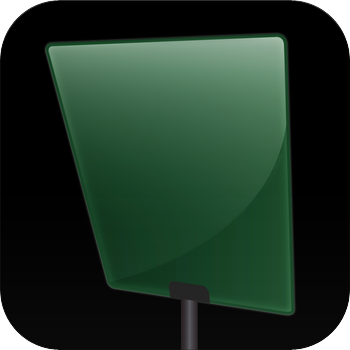 Teleprompt+ 3 is Hands down the best teleprompter app for the iPad by a mile and the benchmark for all other iOS prompting apps.

The cost of these various apps ranged between Free to $14.99.

Initially, like most people,  I began trying out some of the Free Teleprompter Apps.  My needs were pretty basic so I figured one of the free apps might do the trick.  iPrompt Pro and Teleprompter Pro Lite were two Free apps I tried.  I had never used a teleprompter before so the Free apps allowed me to experiment on how a teleprompter works and what features are important.

During my testing I quickly discovered three features that are essential and for any teleprompter app:

1 – Change Speed:  The ability to change the speed while prompting

2 – Mirror Text: The ability to Mirror Text for use with a reflective mirror teleprompter rather than reading directly from the iPad

3 – Quick Edits:  The ability to Add, delete or edit script quickly from the prompting screen is very beneficial.

One of the Free Apps – iPrompt Pro did allow me to mirror the text however neither free app would allow me to change the speed or edit the text while the prompter was running.

With the Free Apps ruled out,  I began to search the app store once again, this time for Paid Teleprompter Apps. 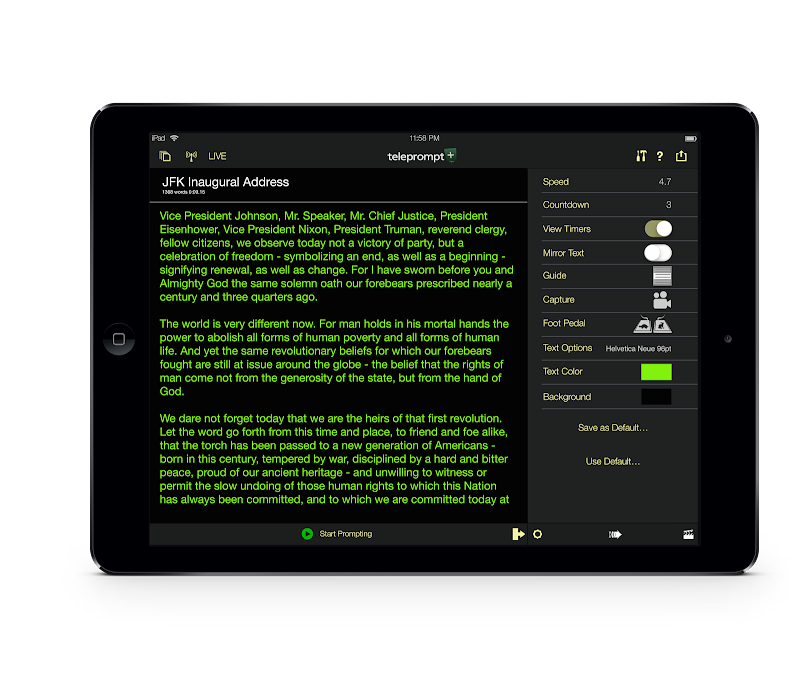 Bombing Brain Interactive just released their new completely redesigned Teleprompt+3 so I thought I’d give it a try.

Teleprompt+ 3 is marketed as a professional app and initially I thought I’d be overwhelmed with all the features and controls including in the app.  After using Teleprompt+ 3 for only minutes I found the layout straight forward and the design of the app incredibly easy to use and understand.

1 – Change Speed:  Teleprompt+3 allows the user to change the scrolling speed while prompting

3 – Quick Edits:  Script editing can be done quickly right from the prompt screen and Teleprompt+3 has a rich text editor which allows me to change the color and style of text as well. 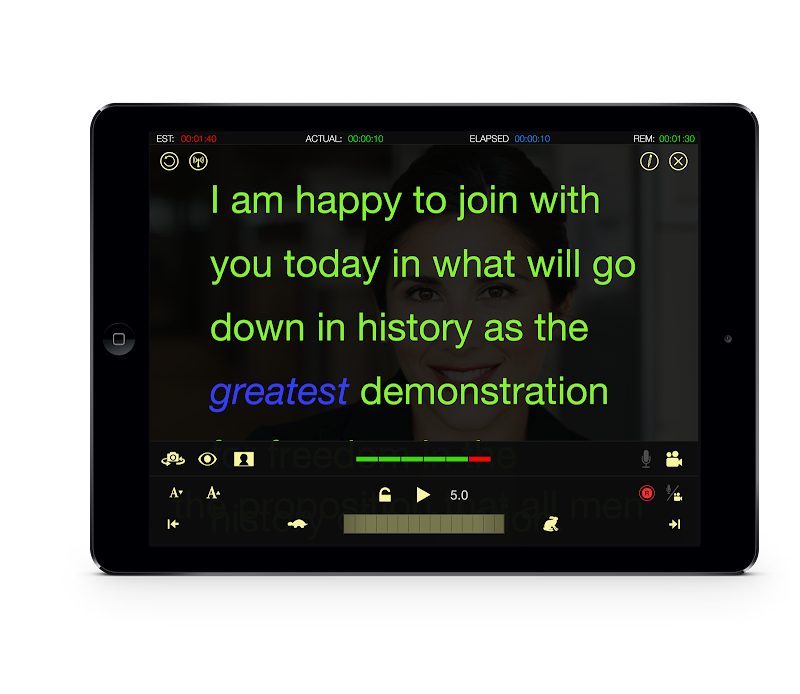 As a novice teleprompter user Teleprompt+3 addressed all my requirements however once I started using the app I quickly came to understand, appreciate and use several of the more advanced features including:

Video and Audio Recording:  This new feature allow you to display and record video using the built in camera on the iOS device.  The video feature provides you with a pop up window similar to picture in picture with the camera view and the text view side by side.

Timed Sessions:  This features allows your to set a preset time for your presentation and the teleprompter will scroll at the correct speed to match your preset time.

Import and Export:  Many teleprompter apps only allow you to store scripts within the app but teleprompt+3 allows you to import and export scripts from Dropbox and Google Drive accounts. 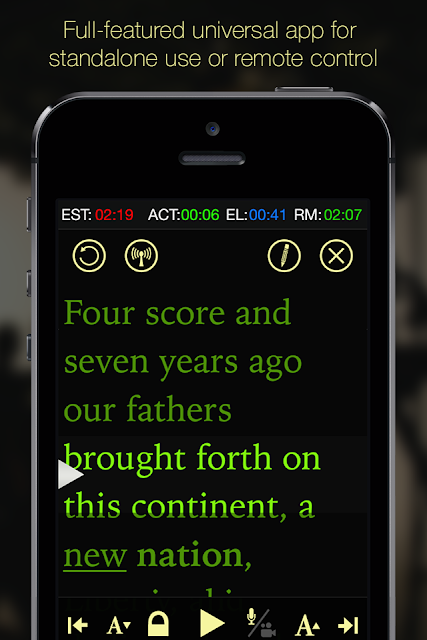 Universal iOS App:   Teleprompt+3 is now a universal application which means the full version is available on all iOS devices be it iPad, iPhone or iPod touch.  Some prompter apps require you to purchase separate versions for each device, but with Teleprompt+3 the same app works on all devices at no additional cost.

iCloud Sync:  In addition to Dropbox and Google Drive, Teleprompt+3 will now sync with iCloud and in the near future with Teleprompt+3 for Mac (coming soon)

Gesture Control:  Teleprompt+3 is incredibly easy to use and incorporates gesture control including Double Tap with two fingers to pause or resume playback and pinch and drag to adjust margins and drag text.

Script Printing:  Scripts can be printed directly from the app to any AirPrint compatible printer and scripts can also be emailed using the share button.

See:  http://www.bombingbrain.com/teleprompt.html for even more features.

Consulsion:  Bombing Brain has a clear winner with Teleprompt+3 for the iPad and iOs devices.

Whether you’re a Pro User looking for a professional App or a Novice User like me looking for an easy to use Teleprompter for narrating YouTube videos, Teleprompt+3 is simply the best, most complete teleprompter app available today for iOS and soon Mac OS.

For more information on Teleprompt+3 visit the developers site at:  http://www.bombingbrain.com/teleprompt.html