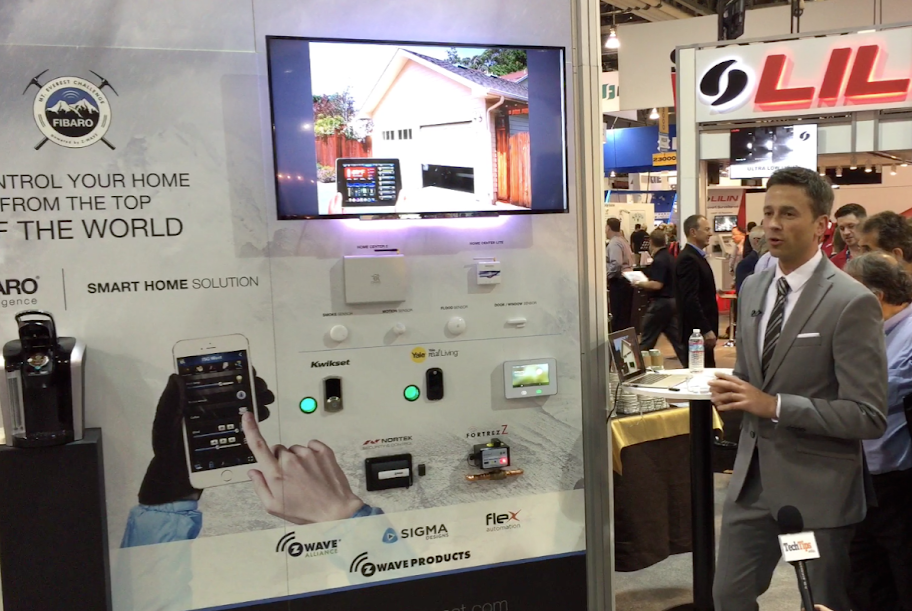 One of the coolest demos at ISC West this year was the FIBARO Mount Everest Challenge.

The demo went smoothly with Malkowski opening and closing garage and door locks and controlling a Z-Wave water valve all from the slopes of Mount Everest.  There was a bit of nervous apprehension at the end of the live demo when Malkowski tried to activate the coffee maker and it initially didn’t work … Yikes!  As it turns out the coffee maker was receiving the Z-Wave command from Malkowski on Everest however someone forgot to close the lid on the coffee maker.  Once the lid was properly closed Malkowski sent the command again and the brew began to flow along with the smiles and cheers from the crowd.

Below is the video we shot at the show.  The quality of the audio during the first 20 seconds of the “LIVE” demo is very poor but does get better.  Unfortunately the PA system in the booth wasn’t very good and we couldn’t get our mic close enough to the presenter to get better audio.  The video is just over 11 minutes long in total.