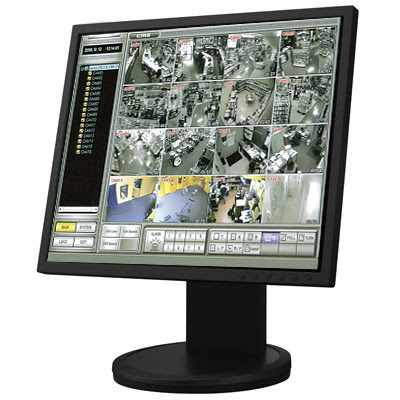 Many businesses and homes have video security cameras and thankfully, never had to use them, while others are not so lucky and use them on a daily basis.

Whether you’re in group ‘A’ or ‘B’, I often get asked the same question when it comes to video security camera recordings … will the captured video stand up in court.

There are many factors which will determine whether a security camera recording will have evidentiary value but one of the most important is a correct date and time stamp on the video recording and supplementary equipment such as P.O.S. systems, receipts, teller or cashier drawers, time clocks, the burglar alarm panel and even something as inconsequential as a wall clock.

In order for video to stand up in court, you need to ensure that the time and date stamps from all sources agree, are in sync and validate your evidence.

I was exposed to this problem first hand a  couple of years ago, (before Chip Cards) when my wallet was stolen from the Gym while I was working out.  The thieves broke into my locker stole my wallet and then went on a spending spree at various gas stations, liquor stores and West Edmonton Mall.  After I discovered my credit cards had been stolen I notified my credit card companies immediately and asked them for the names of any merchants where my card was used in the past 2 hours.  The credit card companies happily provided me with the names of the merchants, time and transaction ID numbers.

The next morning I went to each merchant and told them my credit card was stolen and used at their store yesterday providing them with the time, transaction ID and amount.  I asked each store owner if they had video surveillance and not to erase the recordings until the police arrived.

My credit card was used at 5 merchants and 4 out of the 5 had video recordings which they would not release to me but would release to the police.  The Bay was the most efficient with their recordings being able to narrow the video down by the date, time and transaction ID number to the exact till where the stolen credit card was used.  The till, cashier drawer and security camera recording system were all in perfect sync.

The liquor store had the best close up footage of the thieves however I was told later by the police that the video from the liquor store could not be used in court because the date and time stamp on the video recording was not set to the right time and was one hour and sixteen minutes off compared to the cash register.  Since the two devices had different time stamps the video was considered suspect and would not stand up in court.

The gas station video also turned up to be worthless because the recording DVR (Digital Video Recorder) did not print or super impose the date – time code over the video when saving the video loop.  On the gas station’s CCTV system the Date and Time codes only appeared when viewing on their recording computer on the left hand side bar and did not record over top of the camera video footage.

Lastly  the video at the convenience store also useless because the time was right but the date was wrong and the time stamp on the recording was off by one day – meaning the video footage was from the previous day according to the date/time stamp and therefore logically would have been before the theft of my wallet occurred.

So out of the four merchant video recording only one of the videos, the one from the Bay store at West Edmonton Mall could be used in court.

The police officer investigating my case told me this was all to common an occurrence, we see this happen often.

A few years later a colleague of mine Glenn had an alarm at his business.  A thief broke in a stole a couple of computers on December 23, doing a little last minute Christmas shopping Glenn commented.  The video camera system captured the thief breaking in and even caught a partial license plate.  A couple weeks later the police called Glenn to let him know they caught the guy and the partial plate video helped.  Great the cameras worked thought Glenn.  Four months later, I had lunch with Glenn and asked them if he had heard anything more from the police.  Yeah he said, they caught the guy and he was convicted of one robbery but not mine.  Why I asked you had video of the guy and even a partial plate,

Yeah I know said Glenn, the guy’s lawyer examined our alarm records and the alarm signal for the break in and call from the monitoring station to the police didn’t match the time on our Video Surveillance recordings so the video surveillance was thrown out of court.  Apparently the clock in our alarm panel was wrong (Not an Ion Security Panel ) and the clock  on the Video Camera DVR recorder were 66 minutes apart and therefore the thief’s lawyer successfully challenged the legitimacy of the video.

The morale of this story is if you have a video surveillance camera system and need to use recorded video for evidence you need to ensure that the time and date stamps from all devices be synced.   If you are a business owner this means you should periodically check to see that your Security Alarm System Panel time, POS Time, Time Clock and even a wall clock (if it is in Camera View) is in sync with the time displayed on your Security Camera System.  If it’s out by more than a couple minutes the video may be scrutinized and ultimately ruled invalid and thrown out.

Ion Security panels and CCTV systems are programmed for daylight savings time and automatically change in the fall and spring to the correct local time.  In addition when both the Security System and Alarm Panel are provided by Ion Security we offer Free Service to adjust and sync the times between the Panel and the DVR to ensure the integrity of your video recordings.