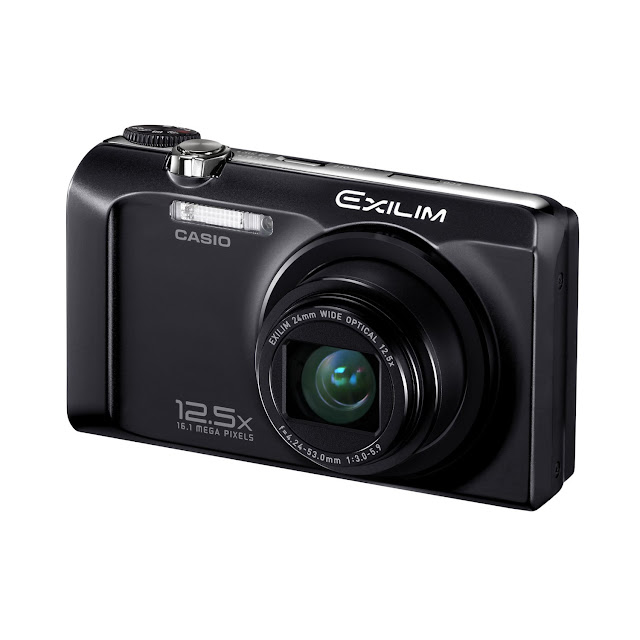 Most point and shoot cameras in this price range are Automatic only, however the Casio EX-H30 has two automatic modes as well as shutter speed priority and aperture priority modes making it ideal for beginner or experience photographers.

Casio along with some Sony and Fuji cameras are the first to offer an easy to use Panoramic Mode which makes shooting Panoramic Photos as easy as pressing the shutter button and moving the camera in a sweeping motion panning the scene you with to photograph.  Once complete the camera automatically processes and stitches the images together to create an impressive panoramic photo. 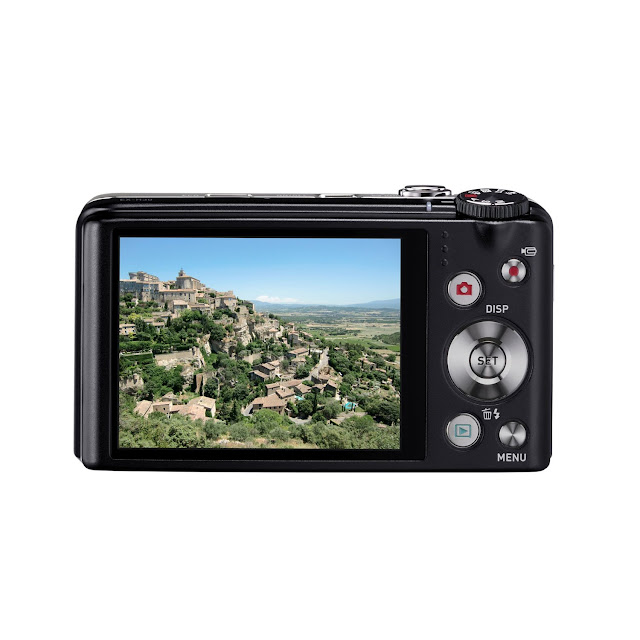 I must admit I was truly skeptical when I purchased my Casio EX-H30 from Costco On-line a couple months ago.  All my other digital cameras and DSLR’s are Panasonic, Canon and Sony so needless to say I was a little apprehensive stepping out of my comfort zone with Casio.  I already had an excellent Panasonic Lumix TZ-5 point and shoot camera with Lecia lens which was my primary travel, carry around camera and a Canon DSLR for my studio work.  I was looking for a new compact camera with wide angle lens, ultra zoom lens and Panoramic imaging feature.

My Canon had a Panoramic Stitch feature which would blend pictures together on my computer to create a panoramic photo but I wanted the panoramic feature to be completed in the camera instead of via software later on my computer.  I also wanted a small camera I could carry around with me which would take good photographs and wouldn’t break the bank to buy.  The Sony DSCHX9V was my first choice but I didn’t like the pop up flash system and the price at $399 was more than I wanted to spend. The Sony DSC-WX10 also looked good but it only had a 7x zoom and was $299.99.  I came across the Casio EX-H30 on Costco.ca and at $159.99 including a camera case and 4GB SD card thought it was worth a try and purchased it back in December, 2011.

My camera arrived the next day from Costco, I was shocked by the speedy delivery and after opening up the box and charging the high capacity battery, I was equally shocked by the intuitive controls, ease of use and image quality of this compact, super zoom point and shoot camera.  The battery specs said the battery was good for 1000+ images and I have to say in the past 3 months I’ve only charged the battery once and have taken more than 1200 pictures.  I didn’t like the battery charger which has a detachable power cord, I prefer the Panasonic wall charger with retractable prongs making it easier and more compact to carry for travel but I have to say at over 1000 pictures and more than 1 month of battery life, you could go on a week or two vacation without the battery charger and still be fine.  The battery life on this camera is truly amazing.

My overall first impression of the Casio EX-H30 was excellent, the ergonomics of the camera were good, it fit in my hand comfortably and all the buttons and controls were in the right place and more importantly the right size.  I hate those touch screen controls that never seem to work some of the time or the very small or crowded button layouts of some ultra compact point and shoot cameras.  The size of the EX-H30 isn’t small enough to be considered an ultra compact but it is small and light enough to fit comfortably into a jacket or pant pocket or belt loop case.  The fit, finish and built of the EX-H30 is good however it does have a cheaper, plasticy feel about it compared to some similarly equipped Sony or Panasonic cameras.  The retractable lens system on the Casio is definitely more delicate and fragile than Sony or Panasonic.  One day I left both my Panasonic and Casio cameras in my truck in -20 Celsius weather.  I brought both cameras in from out of the cold and tried to take pictures.  The Panasonic camera came to life and the lens extended with no problem, however the Casio EX-H30 did power up but the lens would not extend and seemed to bind or catch on something getting stuck.  At first I thought I broke or damaged the lens motor however after about 30 minutes the camera warmed up and everything worked fine.  If you’re someone who drops their camera or is hard on electronics you may wish to pay a little more and go with the Sony or Panasonic however at twice the price you could by 2.5 Casio EX-H-30 for the same price as one Sony DSCHX9V.

Picture Quality:  Cosmetics aside the main reason anybody purchases a camera is to take pictures and the Casio EX-H30 does not disappoint.  Over the past two months I took hundreds of photographs with my Panasonic Lumix and Casio EX-H30.  The Panasonic Lumix has Lecia lens optics while the Casio has an Exilim lens system which is surprisingly good and kept up with the Panasonic on every head to head challenge I tested it on.  While the optics on the Panasonic may be technically superior the image processing on Automatic was equal or superior to the Panasonic and many times yielded better looking photographs.  The Zoom lens and macro focus capabilities of the Casio were excellent, image stabilization, color balance and saturation as well as image stabilization were all first rate on the Casio EX-H30.

Overall I am very pleased with the features and performance of the Casio EX-H30 and highly recommend it.  If you’re looking for a full featured, compact, ultra zoom, point and shoot camera with built in panoramic stitching the Casio EX-H30 is worth a look.  The Casio EX-H30 is still listed on Casio’s webpage as a current camera model but unfortunately for consumers it’s has disappeared from retail and distribution and replaced by the Casio EX-ZR100 which features high speed shooting and 1080p HD movie recording.  The Casio EX-H30 sold in December 2011 for $159 while the EX-ZR100 retails for $299.

If you’re hesitant on purchasing a Casio camera like I was, don’t be.  Casio has some great cameras in their lineup, worthy of consideration.

There is no one camera that is right for everyone, but I must say I am very pleased with the performance of my Casio EX-H30 and based on this experience would not hesitate purchasing another Casio Camera if the price, features and performance matched my needs.